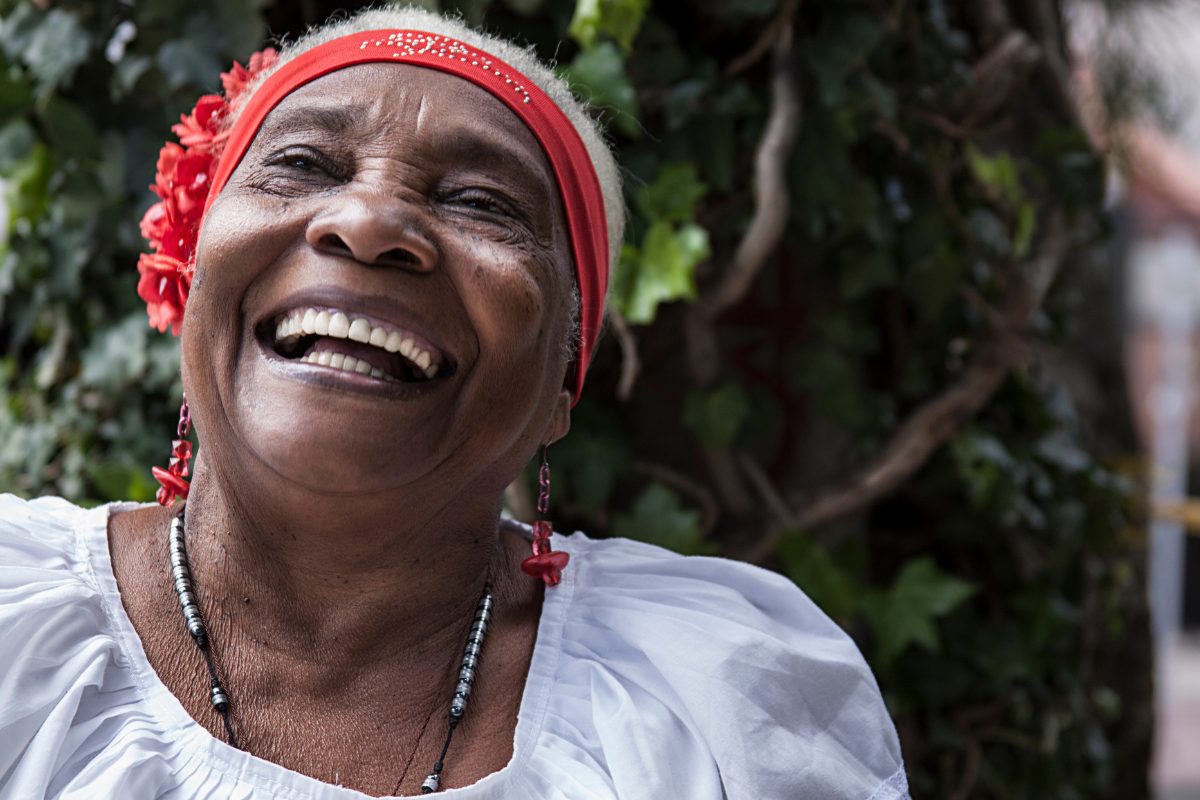 For our last episode of our Genias in Music series about the lives of notable women musicians and their influential work, we bring you Petrona Martínez, one of the most important Black singers in Colombia.

She’s known as the queen of bullerengue, an ancestral music tradition that goes back to the time of slavery in Colombia. But it took many years for Petrona Martínez to get recognition as an artist. She dealt with isolation, poverty and invisibility as a Black woman from rural Colombia. She was 82 years old when she won her first Latin Grammy award.

In 1998, Petrona Martínez was 59 years old when she traveled for the first time to Bogota, Colombia’s capital. The singer and composer —or cantadora as traditional vocalists like her are referred to in Colombia— was born in a small village on the country’s Caribbean coast.

Petrona had spent most of her life singing bullerengue in the rural communities she was surrounded by, where she learned music as an oral tradition, passed down by her female ancestors. This ancestral music consists of a call and response between the drums and the cantadora, who is usually a matriarch.

By the time she traveled to Colombia’s capital, Petrona had already built an impressive music career with very little resources, going from composing songs while she was collecting sand to sell to construction companies to creating her own music band and recording original music.

But she wasn’t known at all in Bogota, an Andean city 18 hours away from her Caribbean region by car. Petrona and her band  were excited to present their music, but they didn’t know how it was going to be received.

Some of the people in the audience, although mesmerized with Petrona and her commanding presence on stage, assumed she was an artist from Cuba or the Antilles. Her fellow Colombians didn’t know anything about this ancestral music that had been preserved throughout generations of Black women despite, or perhaps because of the isolation and invisibility in which bullerengue cantadoras like Petrona had been living in. It wasn’t until she was in her 50s, after working as a domestic worker and a sand collector and becoming a mother of seven, that Petrona was able to record her own music and show it to new audiences.

After the Bogota concert, her music career took off and it didn’t just solidify her presence in Colombia’s music scene, but also internationally. Petrona Martínez has taken her bullerengue across the Americas, Asia and Europe. In 2015, she received the Lifetime Achievement Award, the highest honor granted by the Colombian government. And last year she finally won a Latin Grammy at age 82.

In this last episode of our series Genias in Music, we explore the life and music contributions of Petrona Martínez and its impact in the construction of a more diverse national identity in Colombia in the midst of an armed conflict that disproportionately affected rural, indigenous and Black communities. We analyze how structural racism played a role in her music career and how Petrona overcame many obstacles to preserve and expand access to her ancestral traditions.

The Genias in Music series also includes the following episodes: