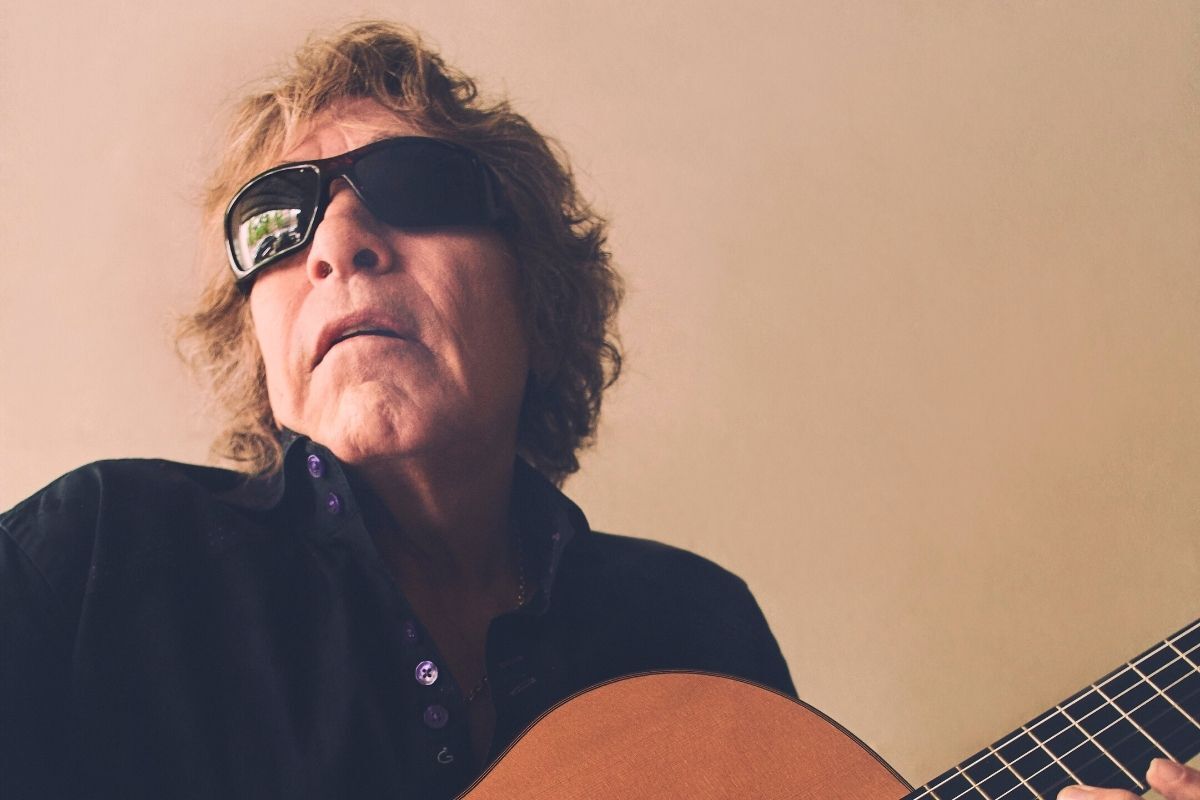 In the 1960s, Feliciano went on to become an international sensation— especially in Latin America. One of his specialties is recording covers like The Mamas & the Papas’ “California Dreamin” and Benito de Jesús’ “La Copa Rota”— blending them with his own sound of blues, folk, soul and Latin. Since then, he’s performed for crowds all over the world, recorded over 60 albums and won multiple Grammy awards. In 2020, he released a new album titled “Behind This Guitar.”

In this conversation with Maria Hinojosa, Feliciano opens up about why he keeps the 70s alive and also describes one of his favorite relationships—the one he has with his guitar.

This episode originally aired on February 12, 2020.

Bonus: Back in Feburary of 2020, Feliciano stopped by our office for a “Live From Latino USA” performance of his cover of “En Mi Viejo San Juan.”

2 thoughts on “Portrait Of: José Feliciano”