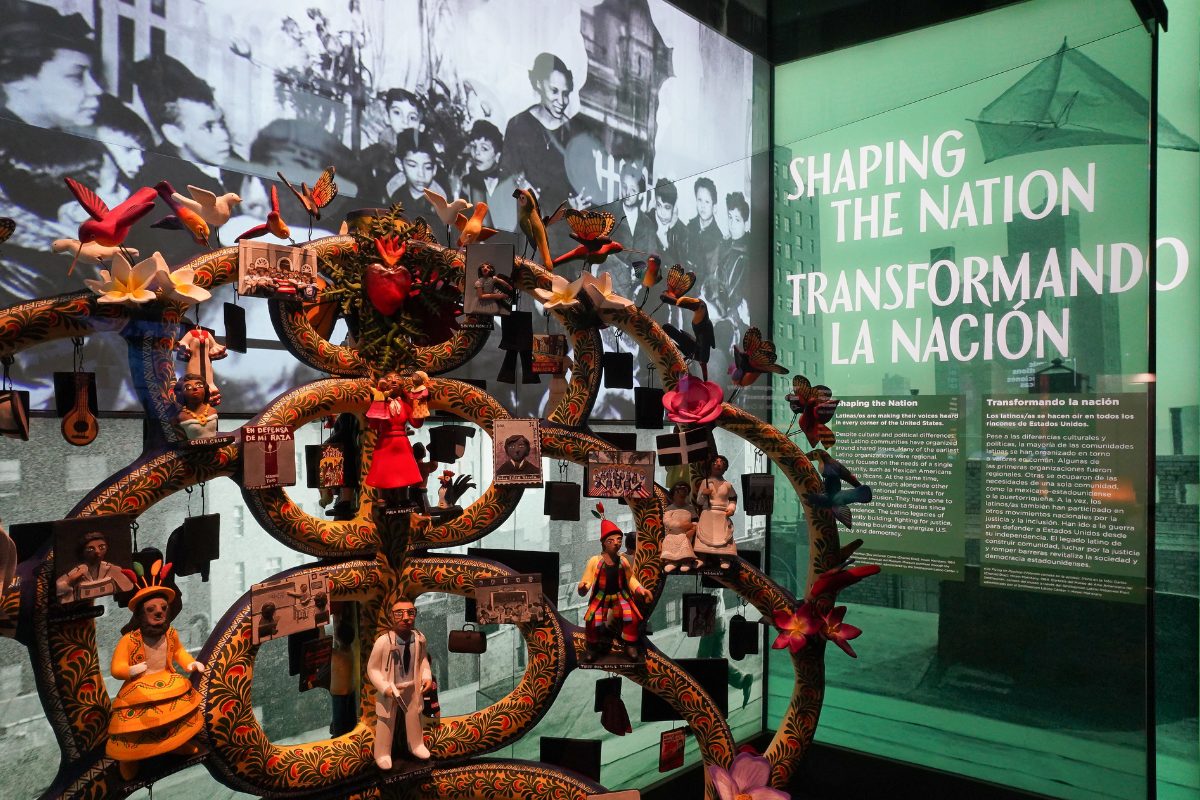 What and who do you include in a national Latino museum?

That’s a question that many have been asking since late 2020, when Congress green-lit the creation of the National Museum of the American Latino. It’s a new addition to the Smithsonian Institution’s roster of national museums, many of which intend to preserve the history and culture of the United States.

Museums are political spaces. They carry a big responsibility: to decide which stories and artifacts to preserve across generations. Over time, they help define our social and cultural identities, and the Smithsonian is no exception. But the institution has repeatedly failed to fulfill its mission in the past, especially when it comes to honoring and spotlighting Black, brown, Asian, and Indigenous people.

In 1994, the Smithsonian released a report called “Willful Neglect: The Smithsonian Institution and U.S. Latinos.”  The report, which was commissioned by the Smithsonian itself, was damning. It found that Latinos and Latinas were left out in nearly every aspect of the institution’s operation. They weren’t on its staff, its boards, or its advisory bodies, and their histories weren’t on the walls of its museums.

The report made waves, especially due to one of its chief recommendations: to create a museum highlighting Latinos and Latinas in the U.S. A nationwide campaign took off towards that goal, and the fight would eventually play out on Capitol Hill. The Smithsonian would need congressional approval to create a new museum, and in December 2020, Congress finally passed legislation authorizing the creation of the National Museum of the American Latino.

The real challenge, however, is just beginning. The National Museum of the American Latino doesn’t even have a building yet, and it’s not expected to open to the public for at least another decade. But the museum is already making moves. Its board has been appointed, and a founding director and some core staff have been hired. It even debuted its first show in June 2022. “¡Presente! A Latino History of the United States” is currently housed in the new Molina Family Latino Gallery in the National Museum of American History. The museum is already creating a foundation that the rest of the institution will be built off of — and that calls for some scrutiny. Critics are wondering how the Smithsonian plans to create a space that is thoroughly inclusive of the entire Latino community, spanning across race, gender, nationality, and so forth. They’re also asking questions about what history — and which historical figures — should be elevated within this new institution.

On this episode of Latino USA, we trace through decades of advocacy and politics to see how we came to this moment, and explore how the museum is taking its first steps towards becoming a reality.

Featured image courtesy of  the National Museum of the American Latino. Photo by Tony Powell, 2022.

One thought on “Shaping a National Latino Museum”