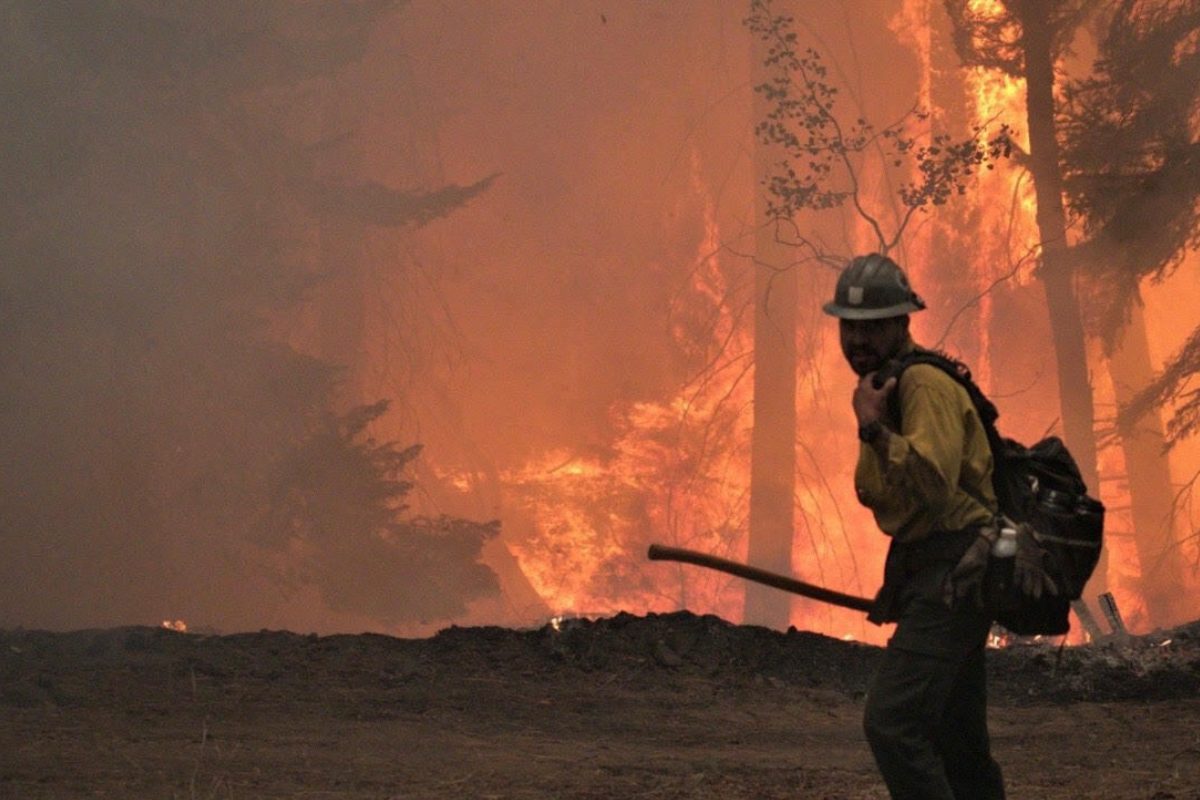 For the past decade, Armando Perez has worked as a wildland firefighter with the Eldorado, California, Hotshot crew — an elite group that works in the hottest portions of wildfires.

Growing up in a Mexican family in California, Armando never imagined he would become a hotshot. But after ending up in juvenile detention, he joined a program of incarcerated firefighters.

Work inside prisons has been denounced as inherently exploitative: Incarcerated workers get paid just $1 or $2 per hour, and in some states — like Florida or Texas — they don’t get paid at all. The work is not always voluntary: The U.S. Constitution specifically denies incarcerated people the right to refuse to work. Once out of prison, many of these firefighters have extreme difficulties pursuing a career because of their background.

For Armando, “the work was hard work, but it was worth it.” He’s an example of the paradox — and transformative potential — that firefighting while incarcerated represents.

Now, as a member of the Eldorado Hotshots, Armando spends weeks away from his family, dealing with some of the worst fires in U.S. history. Still, there’s nothing else Armando would rather be doing.

His passion might be surprising given the dangers of being a wildland firefighter. Over 500 career, volunteer and wildland agency firefighters have died since 1990. And the number of fatalities has been going up: In 2020, 102 firefighters perished. Moreover, the pay for this work is not stellar: It was only in 2021 that a minimum wage of $15 per hour was set for all wildland firefighters.

In this episode of Latino USA, Armando recreates what a typical day is like for him and his crew. We look at fire through his eyes, to understand why Armando and thousands of other wildland firefighters continue to risk their lives under increasingly difficult and record-breaking fires.