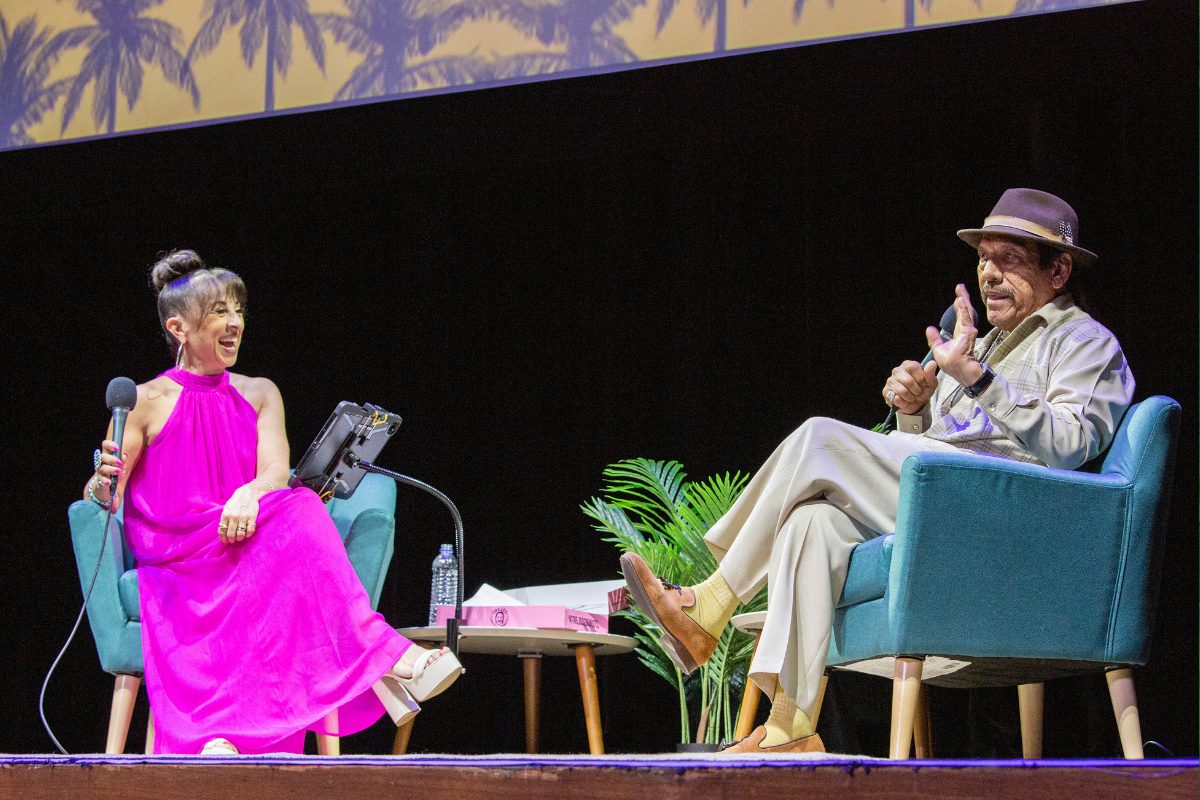 Latino USA took a trip to the West Coast for some California sunshine this summer — and for our very own live show in Los Angeles! Now, we’re bringing that evening to our listeners in this very special broadcast.

We put on a show at the historic Theatre at the Ace Hotel in downtown L.A. Public radio station KPCC invited Latino USA to join its special yearlong series “Public Radio Palooza,” and hundreds of fans and supporters came out to celebrate Los Angeles, its Latino community, and everything that makes this city special.

On this edited version of our live show, host Maria Hinojosa is joined by actor and L.A. icon Danny Trejo. He talks about building his taco empire, reminisces on his favorite spots in L.A., reflects on his decades in Hollywood, and envisions a future with more Latinos in the industry, both on and off screen.

Salvadoran-American comedian Marcella Arguello also hits the stage to talk about the comedy business, creating space for women in a male-dominated industry, and growing up as the child of Salvadoran immigrants. She also discusses her current projects — Marcella is now making waves on a national scale and recorded an upcoming special for HBO earlier this summer.

Photos by Louis Felix for KPCC/LAist