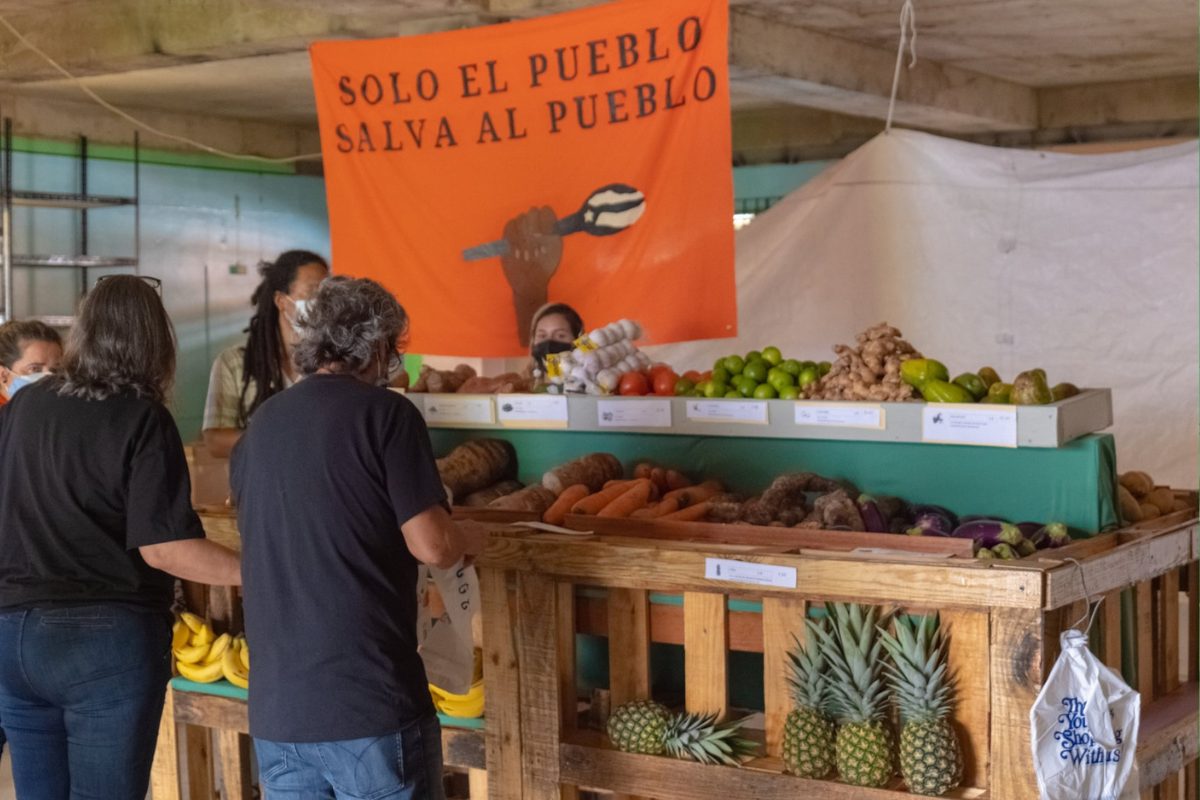 Five years after Hurricane Maria, we look at the history and legacy of mutual aid organizing in Puerto Rico.

CAGUAS, Puerto Rico — Walking through the heart of this city about 20 miles south of San Juan, you will notice many abandoned buildings. But if you walk into the town’s center, you may start to notice something different. A mural of dark brown hands surrounded by fruits and vegetables. A concrete building with the words “Centro de Apoyo Mutuo” painted on the front — its large parking lot lined with tulsi and sunflowers. This is “La cuadra social,” an entire block of formerly abandoned spaces that have been repurposed by community members.

According to studies by the Centro de Reconstrucción del Hábitat, an organization that researches abandoned spaces in Puerto Rico, one in three homes in Puerto Rico is vacant and there are thousands of closed businesses and other properties that have not been properly counted. The amount of abandoned properties has much to do with public policy on the island that has disproportionately benefited wealthy American interests over the people of Puerto Rico. Austerity policies such as drastic cuts in pensions, education and healthcare have led to massive migration from the island in the last decade. Meanwhile, several initiatives such as Act 20 and Act 22 have provided tax exemptions for investors to move to the island. These inequity dynamics were laid bare with the landfall of Hurricane Maria in 2017.

Weeks after one of the worst natural disasters to ever strike the island and facing a total lack of government aid, a group of young organizers with Comedores Sociales de Puerto Rico decided to occupy an abandoned social security building to meet their community’s needs. Although the building was in complete disrepair due to more than 30 years of it being abandoned, the community began to transform the space, turning it into a functional community kitchen that served food. The project brought the whole community together, with elders working alongside students and even young children. Now, five years after the hurricane, we follow their struggle to remain in the building, which is owned by a large American real estate company that has benefited from tax exemptions.