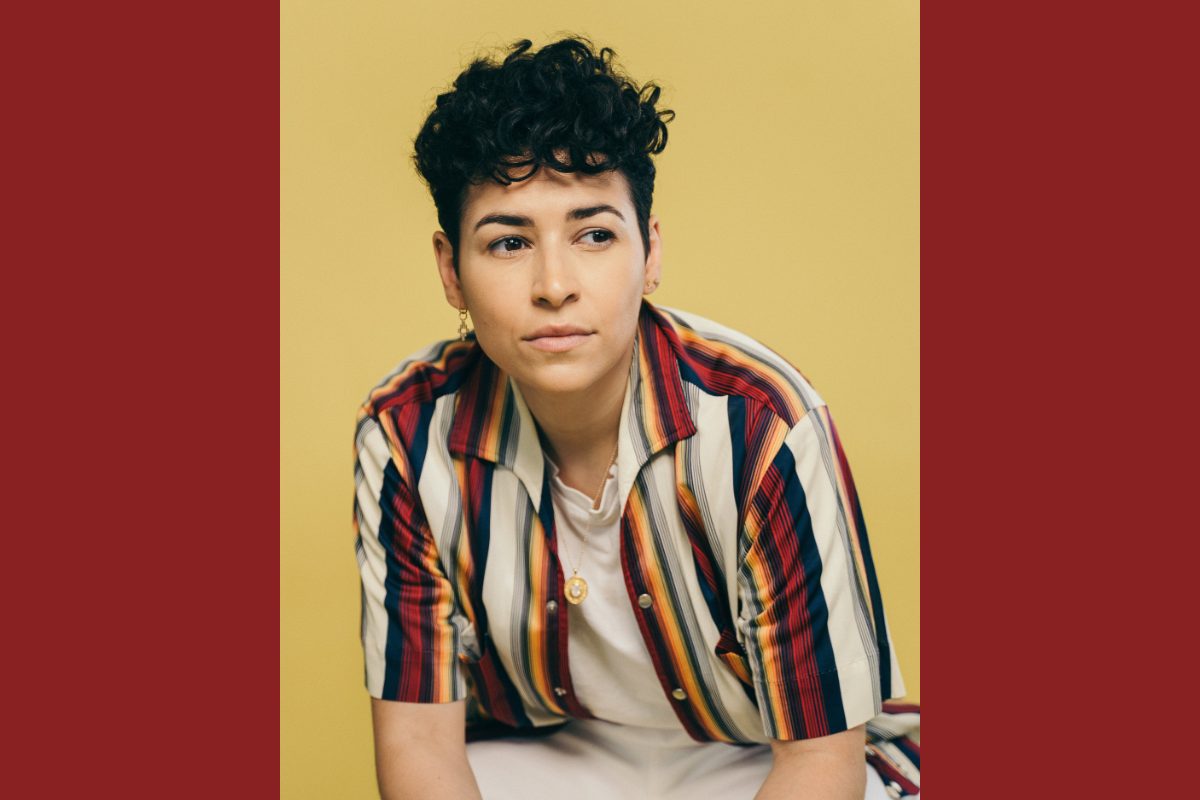 When poet and spoken word artist Denice Frohman takes the stage — she admits there can still be some nerves, even after doing this work for more than 15 years now.

But Denice thrives on the stage, bringing a musical cadence and emotional depth to original poetry about family, language, queerness, and her Puerto Rican heritage. Her work has captivated audiences around the world, and she’s performed on major platforms such as the Apollo Theater and the White House. She’s also made a big splash online, earning millions of views on YouTube. You may have seen some past videos of her work in the early days of social media — having competed in poetry slams when she was starting out in her teens and early twenties. Denice recalls going viral for poems such as “Dear Straight People” and “Accents.”

Denice began her poetry career as a teenager walking into open mics at the Nuyorican Poets’ Café. Watching Black, Latino and Latina poets take the stage was a game-changer for Denice.

“I graduated high school with a dangerous misconception that Latino, Latina, Latinx people didn’t write poetry,” Denice says. “Then I hear poet after poet after poet talk about their own identity and belonging and cultural pride and the social inequity in the world. And so just hearing all of these stories really moved me because it shifted a misconception that I had held that was really a lie, which was that in order to be a poet, you had to change how you sounded and that your experience really wasn’t enough.”

Before pivoting to poetry, Denice’s first love was basketball. She spent her childhood playing in playgrounds around Manhattan while growing up in New York City’s Hell’s Kitchen. And in high school, she was captain of the girl’s basketball team. Basketball allowed Denice to get a scholarship for college, and she played professionally in Puerto Rico for a short period afterward.

“Basketball is a performance art,” Denice says. “The court was a site of becoming for me, of so many stories. I learned the language of my body on the basketball court.”

She eventually chose to return to the East Coast to study education, with plans to become an English teacher. But she found avenues to keep writing and teaching poetry. Today, Denice’s mission is to share her queer and Latinx community’s stories. She’s working on several new projects, including her debut poetry collection, exploring climate solutions in her writing, and putting together a one-woman show featuring oral histories from lesbian Latina elders.

On this episode of Latino USA, Denice talks about her journey as a queer artist, the lyrical power of poetry, and how she finds poetry in her everyday life.

The audio story will be available on this page on Tuesday, September 27.