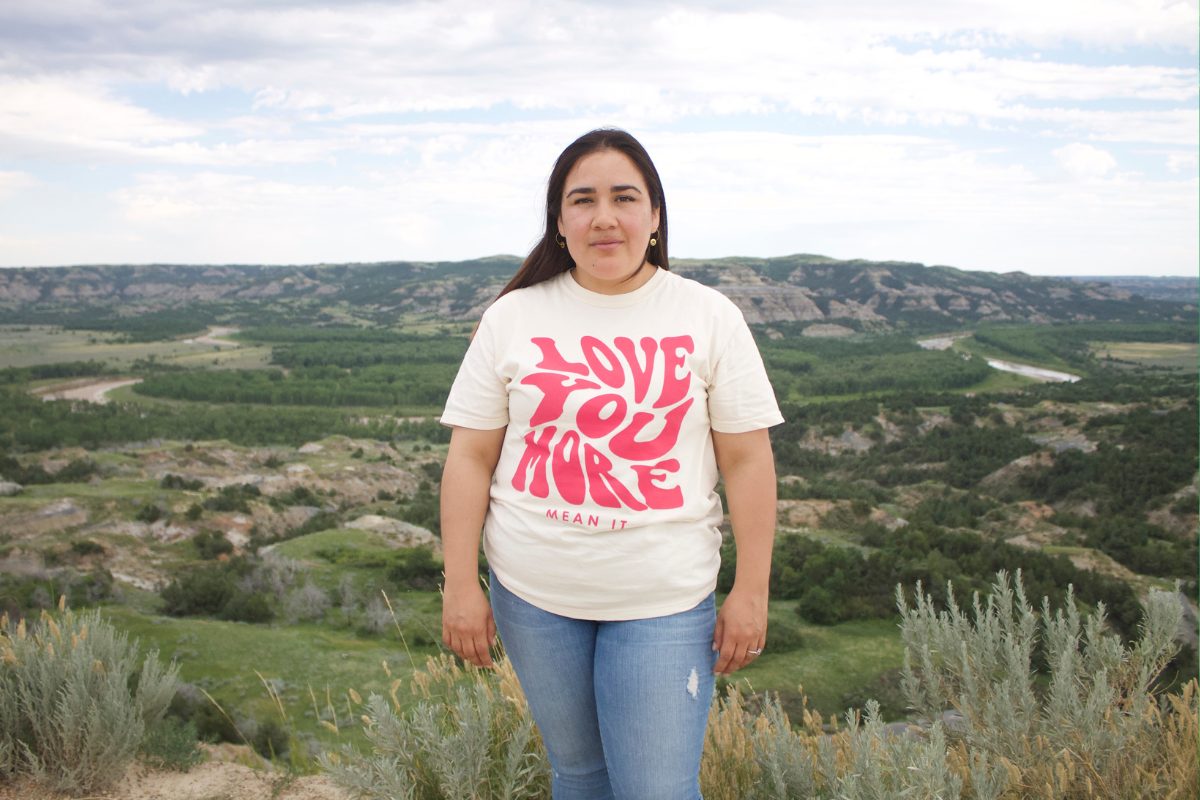 Between the years of 2010 and 2020, North Dakota saw a growth rate of nearly 150% of Latinos and Latinas, according to the U.S. Census — the biggest Latino population growth in the entire country. In part one of “Ever Since the Oil” we learned that what’s driving this massive population growth was an oil boom, which drew many Latinos and Latinas to northwestern North Dakota to work in this controversial industry because it offers well-paying jobs and economic stability.

Miguel Castillo moved to North Dakota 12 years ago. He helps insulate oil pipes to keep them warm and functioning during the frigid winters. “At first I liked it here, but now I’m tired,” he said in Spanish. Miguel’s brothers and sister live in Iowa, so on his time off he drives 12 hours to Sioux City to see them.

“It always feels too short,” he said.

Miguel gets lonely in North Dakota. He works long hours and the work is not always easy. Miguel said he wishes he could leave North Dakota — tomorrow. “You tell yourself, ‘just this year,’ then another year passes and by the time you know it it’s been 12 years,” he said.

Oil and gas jobs can sometimes be dangerous too. It’s not uncommon to hear about truck accidents, people getting burned and falling from places and getting caught in machinery. In fact, North Dakota has one of the highest work fatality rates in the country.

Despite the hardships many people endure in North Dakota, there are some Latinos like Yolanda Rojas who have decided to call North Dakota — and in her case Watford City — home for the long haul.

“Story after story, I would hear people say, I’m just here for work because this isn’t home. So then I started asking, Why is this not home? Why can’t they call Watford City home? It’s my home. I love it,” she said. “Here I discovered a beauty. It’s a peaceful place. It’s very safe. It’s a great environment to raise a family. So I started asking, why can’t people see that? Or How can I help them discover that?”

Yolanda created an organization, Hispanic Advocacy of North Dakota, in hopes of bringing the Latino community together and strengthening the bridges with non-Latinos in the community too.

The government of McKenzie County, where Yolanda lives, is also trying to get Latinos and Latinas to stay in North Dakota. “People are moving their families here,” said Daniel Stenberg, the economic development coordinator of McKenzie County. “We’ve realized that, okay, now we have to do permanent infrastructure.” Part of that permanent infrastructure includes building more single family homes, creating more educational and workforce opportunities in the county and building more places for families to spend time together and build community.

Despite all of this, North Dakota can still be a difficult place for some Latinos and Latinas to live in — especially for those who are trying to move away from the oil and gas industry.

2 thoughts on “Ever Since the Oil: Part Two”