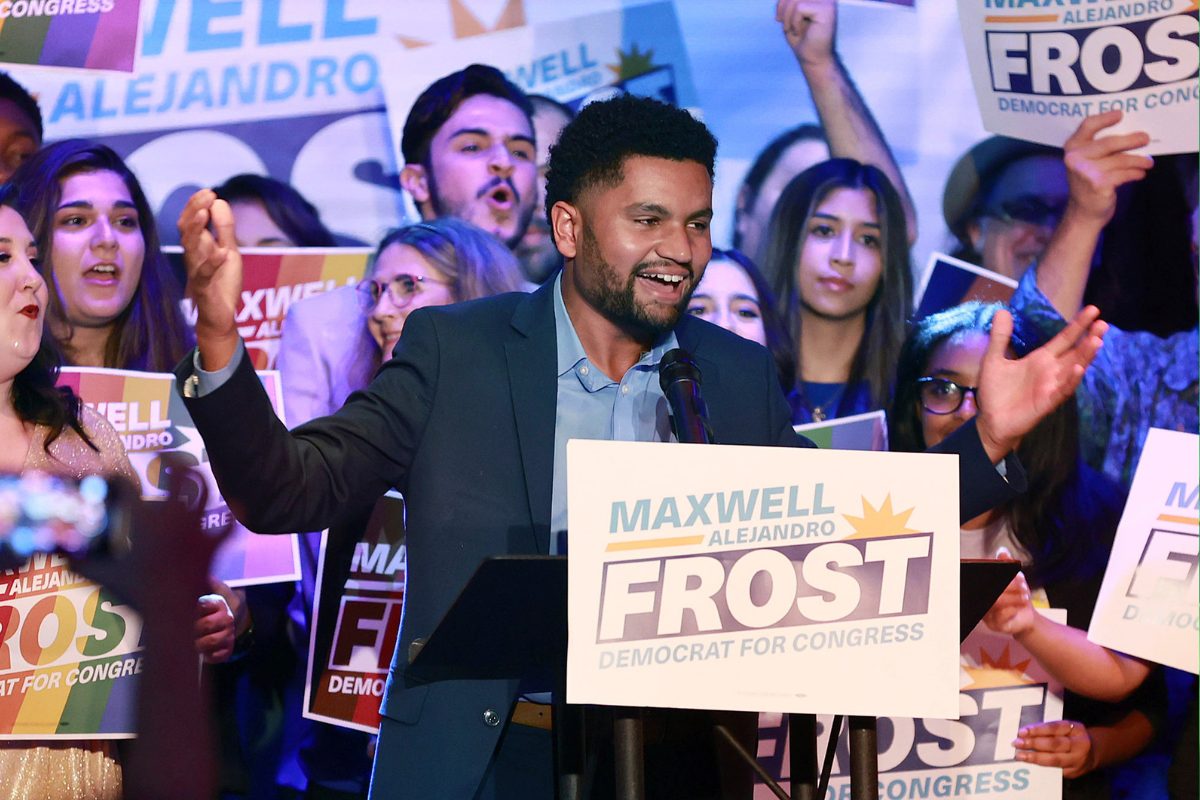 For this year’s midterms, Latino USA teamed up with Futuro Media’s political podcast In The Thick for a special post-election roundtable discussion. Hosts Maria Hinojosa and Julio Ricardo Varela are joined by Christian Paz, senior politics reporter for Vox, and Maya King, politics reporter for the New York Times, to unpack key updates in the midterm elections. And we also hear from you, our listeners. You called in record numbers to tell us about what matters to you when you head to the polls, and your thoughts and concerns for the future of our democracy.

There was quite a bit that happened this year — the biggest takeaway being that nationwide expectations of a so-called “red wave” were not fulfilled, with Democrats holding their own across the country and even retaining control of the Senate.

That said, many of these races were still quite close. In our roundtable, our guests discuss some Democratic victories, including the re-election of the first Latina senator, Catherine Cortez Masto, in Nevada. But they also get into Republicans’ big wins, such as the re-election of Governor Greg Abbott in Texas and Governor Ron DeSantis in Florida, and what the strong Republican turnout in these states say about Latino voters, in particular. For this election, the Latino electorate’s top concern was the economy, followed closely by health care, education, crime and gun policy.

Young voters also had a significant turnout this year. Even with just 27% of eligible voters between the ages of 18 and 29 turning out, their votes still had quite an impact, with the majority going towards Democrats and progressive issues. With his win in Florida’s 10th Congressional District, 25 year-old Afro-Cuban progressive candidate Maxwell Alejandro Frost is set to make history as the first Gen-Z member of Congress.

Finally, the issue of abortion was prominent in this year’s elections, and the right to choose prevailed unanimously, becoming enshrined in the state constitutions of Vermont, California, and Michigan, while voters rejected proposals limiting abortion access in Kentucky and Montana. The question of abortion rights is shaping up to have massive implications for 2024.

On this episode of Latino USA, we dive deep into the midterms and look to the future: what can these results tell us about elections to come?