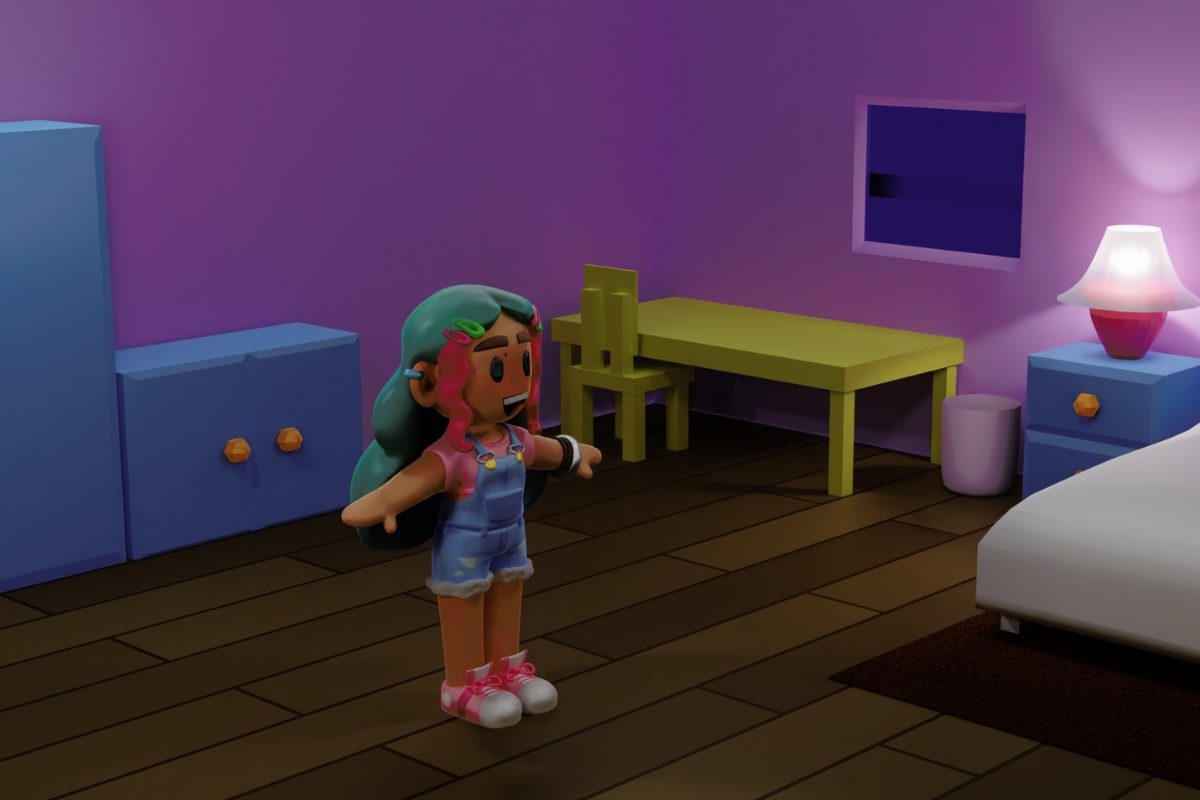 Samantha Ortiz remembers her childhood in Houston, Texas filled with memories of smells and foods her grandmothers on both, her Puerto Rican and Mexican sides of the family made. “When I think about the positive aspects of my life, they’re definitely tied to my grandparents a lot,” she says .

Now, Samantha is using those memories to bring life to her work as an independent video game creator. In this episode of Latino USA, Samantha shares her journey of finding her way into the video game industry and the joys of bringing her entire self to the games she creates.

After going to college and majoring in computer science, Samantha fell in love with making video games. But more than the technical aspects of video games, storytelling caught her interest.

Now, Samantha works as a game writer and narrative designer to develop the ways a player experiences the story of the game. The stories she’s worked on have all borrowed from her Mexican and Puerto Rican heritage. Samantha says this is an important aspect of her work, since for the most part, the stories of people like her have been largely left out of mainstream video games.

A recent study of the top 100 video games released in the last 5 years found that only 20% of its main characters are women,  and of those, only 8% are Black, Native, Asian or Latina.

This reflects what is happening behind the scenes in the gaming industry as well: Women make up only 24% of the workforce, while being 45% of the audience for video games.

Samantha and others in the industry are working to change that. There’s Latinx in Gaming, an organization working to increase representation across gaming. The group has hosted Unidos Game Jam, where developers are encouraged to create a game from scratch in just a couple of weeks. Through those events, Samantha created “Tamales: Con Familia,” an experimental interactive fiction game, where players are a shy, young child preparing tamales with their family. Samantha also worked on “Comunicación,” a game that reflects her struggles trying to speak Spanish with her grandmother. “Comunicación” was one of the game jam winners.

In September of 2021, Samantha started her own gaming company — Cowberry Studios. “I think I have a great story to tell and I want to bring on people who also have great stories to tell,” she says.  “And I want to build and foster a place in a studio that just has fun and tells these really heartwarming stories.”