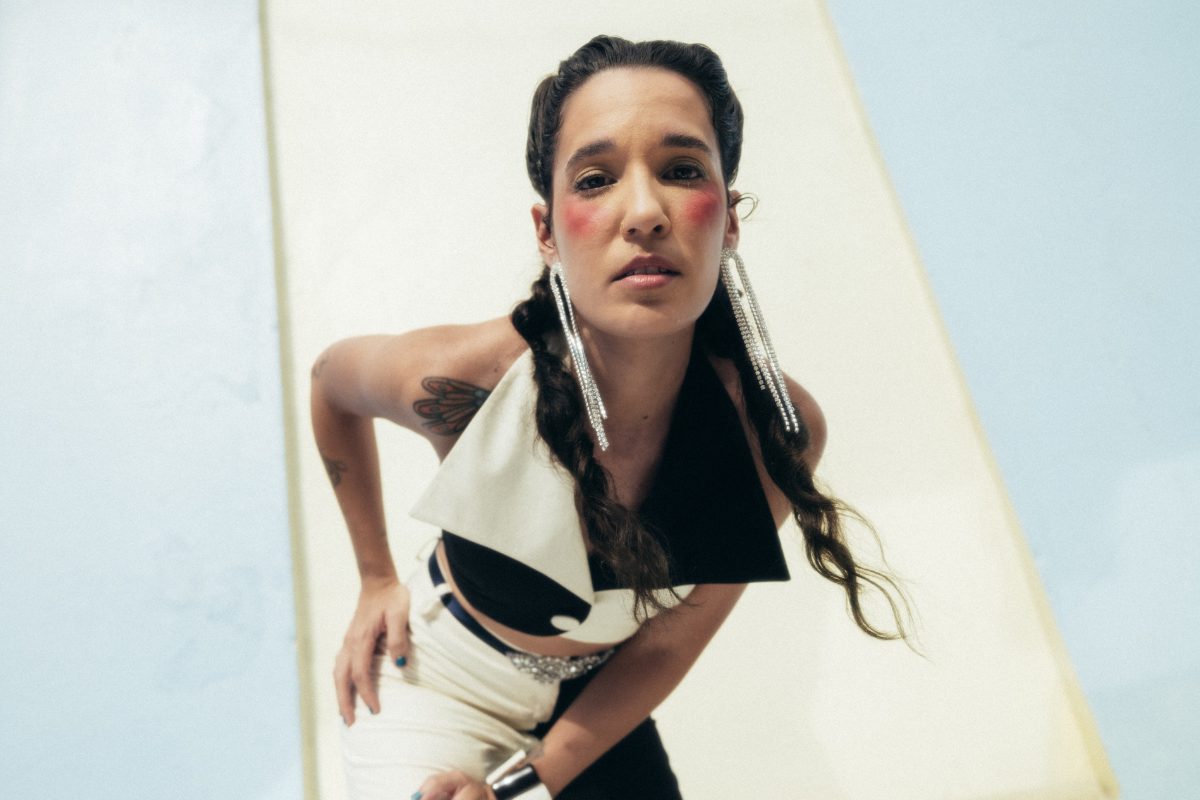 For Puerto Rican singer-songwriter Ileana Cabra — better known under her stage name, iLe — music has always been a way to reflect on the world around her.

iLe grew up in Puerto Rico, where she remembers listening to salsa and bolero records with her family. The music was lively and danceable — but from these early days, it became clear to her that music could be a powerful form of protest, as well.

“My dad always likes to try to find the background of songs that he likes,” iLe says. “For example, there’s a song from Ruben Blades that is called ‘Tiburon,’ and he wrote it in Puerto Rico. And it is very connected to the history and our situation still being a colony from the United States.”

iLe began her musical career singing under the name PG-13 with her brothers in their renowned rap group, Calle 13. The group is known for their experimentation with genre, as well as impassioned declarations of protest: playing with rap, reggaeton and rock, with lyrics that underscore sociopolitical issues in Latin America and the Caribbean.

But in 2016, iLe made the decision to go solo, releasing her debut album, “iLevitable.” “iLevitable” drew from iLe’s love for salsa and boleros, with poignant lyrics about questioning gender norms and the role of women in society. Then in 2019, iLe released her second project: “Almadura.” Written in the aftermath of Hurricane Maria, “Almadura” draws from a breadth of Caribbean musicality to reflect on the government’s neglect and injustice towards Puerto Rico, and to honor the resiliency and solidarity of her people.

Now, iLe says she is daring herself to get personal with her latest release, “Nacarile” — an album she wrote during lockdown at the height of the Covid-19 pandemic, and featuring collaborations with musicians like Trueno and reggaeton legend Ivy Queen. iLe will be touring the U.S. in March 2022.

On this episode of Latino USA, iLe opens up about her music journey and the power of protest and song.