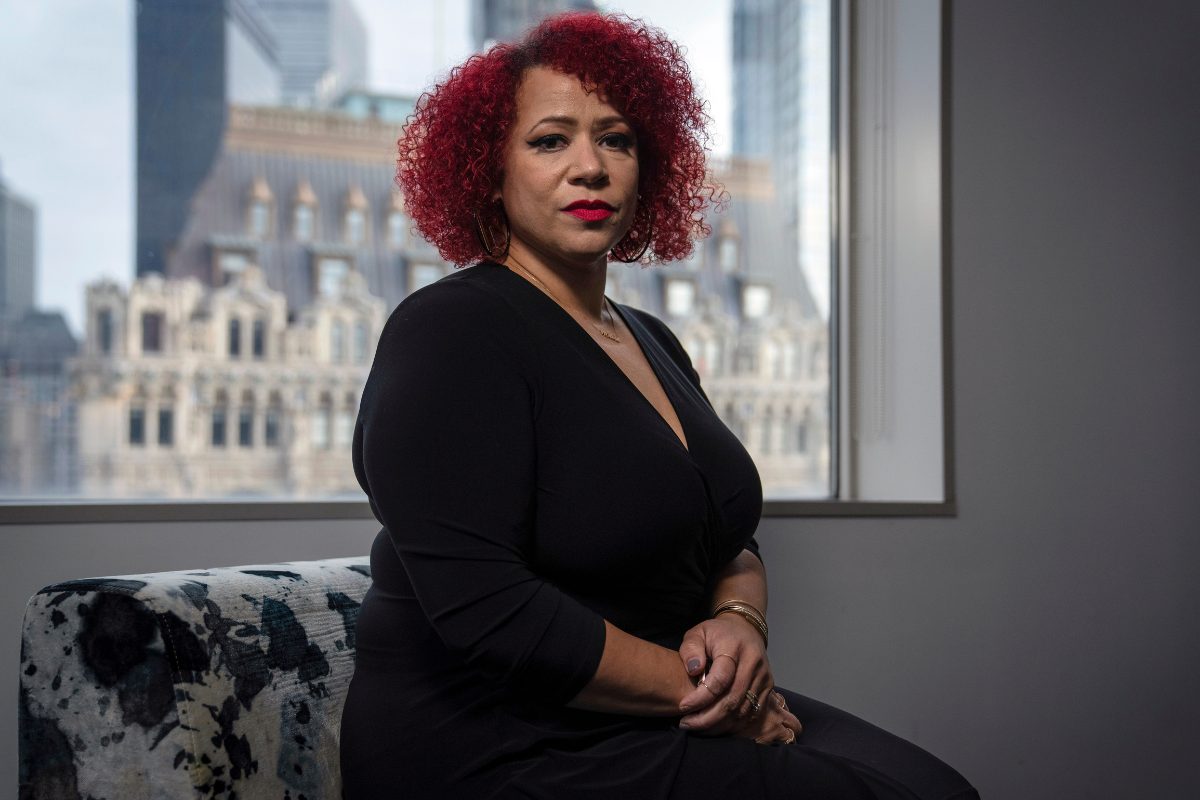 Pulitzer Prize-winning journalist Nikole Hannah-Jones rose to instant recognition when she published “The 1619 Project” in 2019.

“The 1619 Project is an ongoing initiative from The New York Times Magazine that began in August 2019, the 400th anniversary of the beginning of American slavery,” according to the project’s website. “It aims to reframe the country’s history by placing the consequences of slavery and the contributions of black Americans at the very center of our national narrative.”

Since its publication, Nikole has received countless praise, awards and recognition. Recently, she expanded the project into a book and later this month it will launch on Hulu as a six-part docuseries. However, the project also engulfed Nikole into a media firestorm with many on the far-right going after her and her work, with some state lawmakers attempting to limit, even banning, the teaching of the 1619 Project in classrooms.

Nikole was also at the center of a national scandal involving her alma mater, the University of North Carolina at Chapel Hill, when she was denied a tenured position in 2021. Then weeks later, after a media uproar and public pressure – including from students – Nikole was ultimately offered tenure.

“At that point I decided I was done begging white institutions to let me in, to treat us fairly, that I was going to go to an historically Black college and I was going to use that moment to make a statement about the worth of people of color,” she told Latino USA.

Nikole turned down the position and accepted a job at Howard University in Washington, D.C., where she is the inaugural Knight Chair in Race and Journalism and where she founded the Center for Journalism and Democracy.

Nikole said that one of her regrets in life is not attending a historically Black college like Howard. But now, teaching there finally feels like home.

“It’s like I walk on campus and I’m not reminded that I’m the only one,” Nikole told Latino USA. “I’m not having to search and find that other Black person so I could do the head nod with that other person. I don’t go into a classroom where maybe two students who look like me go into buildings that are named after slave owners, right? I don’t have to do any of those things.”

In 2021 Nikole also announced the opening of the 1619 Freedom School, an after school literacy program, in her hometown of Waterloo, Iowa. Fourth and fifth grade students from around the school district make the trip by bus five days a week after their regular school day.

“We’re focusing on the positive contributions of African-Americans,” said Sheritta Stokes, co-director of the 1619 Freedom School. “We teach kids about people who made great impacts in life. Did they [people] have to go through adversities to get to those? Yes, but talking about the adversity is a really small part compared to the contributions they made to America.”

In this conversation with Maria Hinojosa, Nikole Hannah-Jones reflects on how she’s pushed ahead despite controversy, about trying to fit in at predominately white institutions and the importance of intersectionality. We also take a trip to her 1619 Freedom School.