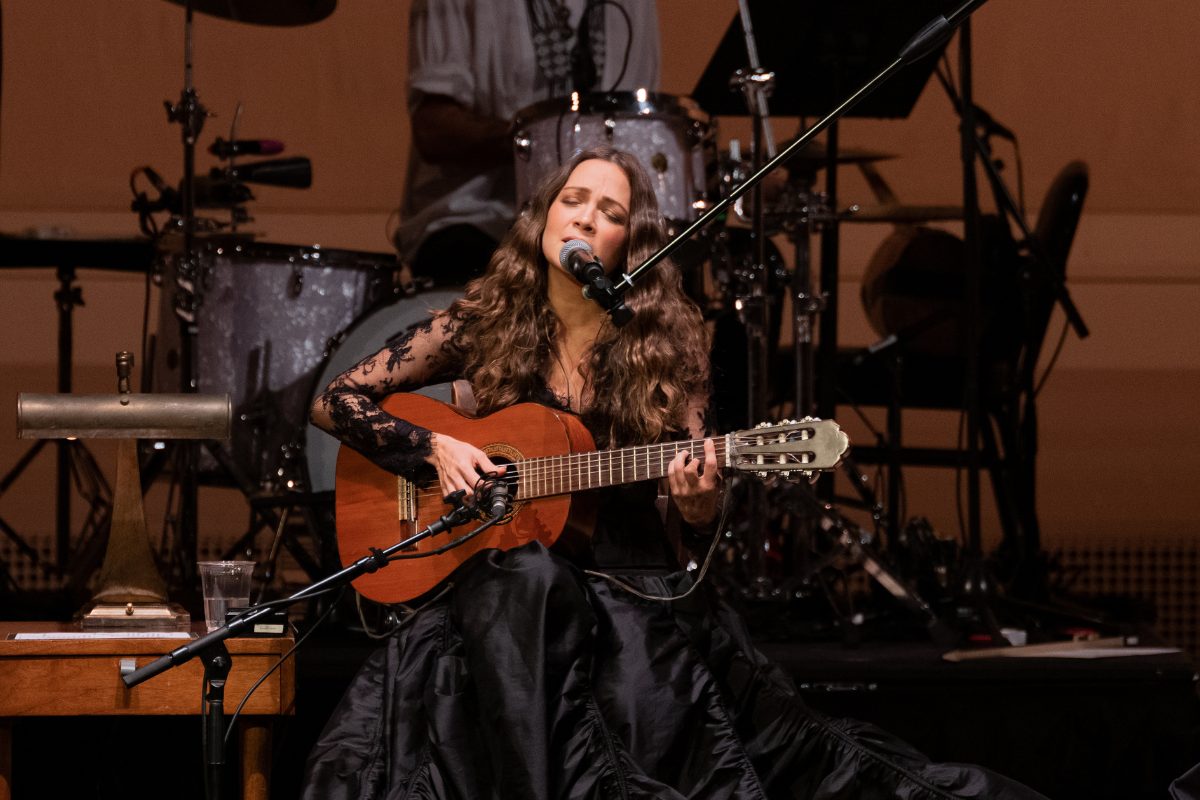 Throughout her 20-year career, Mexican singer and songwriter Natalia Lafourcade has reinvented herself and her sound. For her latest album, “De Todas las Flores,” Natalia took inspiration from silence—she wanted to feel the absence of time in her music.

Forced to slow down by the coronavirus pandemic, Natalia returned to her house in Veracruz where she began reflecting on her life and exploring her own music. In this time of isolation, Natalia observed the cycles of nature around her and discovered the importance of tending to her inner garden.

“So this period of time of silence came to our lives,” she says. “For me, that was the moment when I stayed home and I realized so many things about my life.”

The product of this personal and emotional growth, “De Todas las Flores” is the latest release in Natalia’s 20-year career, and her first album of entirely original music in seven years. Prior to this record, Natalia released her critically acclaimed 2015 album “Hasta la Raíz”, followed by two pairs of albums titled “Un Canto por México” and “Musas,” all of which earned her several Grammy and Latin Grammy awards. Those albums, which included covers of classic Latin American songs, paid homage to Natalia’s musical heritage.

For “De Todas las Flores,” Natalia embraced her contrasts as an artist, simultaneously processing death while celebrating the gift of life. Natalia premiered the album live in late 2022 at Carnegie Hall to a sold-out audience

During the concert, Natalia also paid tribute to music history by inviting singer and artist David Byrne and Omara Portuondo, a founding member of Cuba’s Buena Vista Social Club, to the stage.

In this episode, recorded just days before the Carnegie Hall performance, Latino USA host Maria Hinojosa sits down with Natalia Lafourcade to talk about the singer’s inspirations and evolution as an artist, and reflect on the value of slowing down to tend to one’s inner garden.