A Border Drawn in Blood

The scars of history 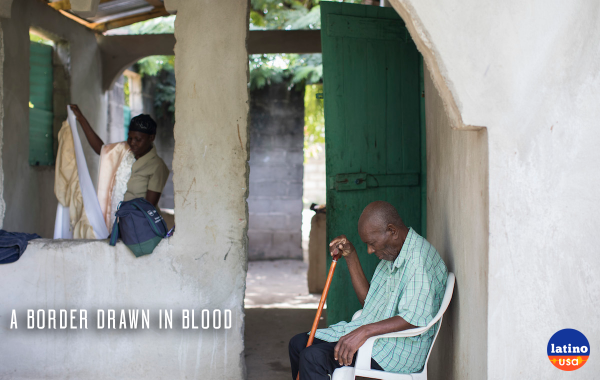 Dictator Rafael Trujillo controlled everything in the Dominican Republic—but he couldn’t control the 224-mile border with Haiti. The border region was a place where many Haitians and their descendants had lived for generations. They co-existed peacefully with their Dominican neighbors, and people crossed the border freely.

That ended exactly 80 years ago this week, when Dominican armies under Trujillo’s command went town to town and massacred Haitian and Haitian-Dominican families, killing thousands. Afterwards, Trujillo denied that his government had anything to do with the massacre, claiming that the deaths were the result of angry Dominican farmers going after Haitian cattle thieves.

Today, the Dominican government does acknowledge the massacre happened, but there has been little effort to confront what happened head on, and the relationship between Dominicans and Haitians continues to be tense today.

Latino USA traveled to the Dominican-Haitian border to try and unpack what caused the massacre, what scars it continues to leave today and what it can teach us about the lines drawn between us.