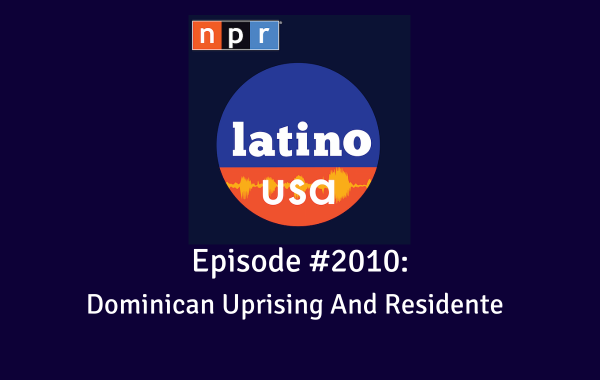 On February 27, thousands of Dominicans from around the country gathered for a massive rally in Santo Domingo. That date is normally one filled with carnival festivities to mark Independence Day. But this year—it had a completely different tone. Instead, protestors took to the streets, after the municipal elections were abruptly cancelled. The electoral board cited glitches with voting machines as the reason behind the cancelation, but for the public, this was the last straw in a series of concerns they have with the political party in power. Maria Hinojosa sits down with our Digital Media Editor Amanda Alcántara to talk about how this all got started, and what it means for Dominicans all over the world.

Also, Maria Hinojosa interviews rapper René Juan Pérez Joglar—better known as Residente. He talks about his music, his inspiration, his upbringing, and why honesty is so important to him.