Episode #2016: The Latino Vote Now And Afro-Puerto Ricans Fight To Be In Census 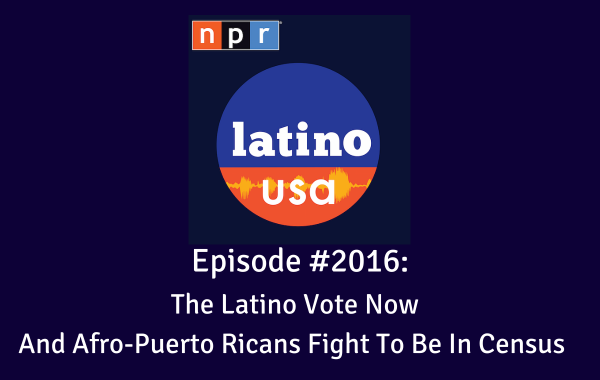 Latinos could play a decisive role in the swing state of Pennsylvania in November’s presidential election. In 2016 Trump won the state by about 44,000 votes, and the campaign of Vermont Senator Bernie Sanders had been courting Latino voters there for months. Now that Sanders has dropped out of the presidential race, many wonder if former Vice-President Joe Biden will be able to win them over. In this episode of Latino USA, Maria Hinojosa speaks with reporter Gisele Regatao, who has been on the ground in Pennsylvania following Latino voters.

Also, journalist Natasha S. Alford talks to Maria Hinojosa about her reporting in Puerto Rico looking at how the island’s black residents are fighting to make sure they are counted in the 2020 census.

Share Episode #2016: The Latino Vote Now And Afro-Puerto Ricans Fight To Be In Census