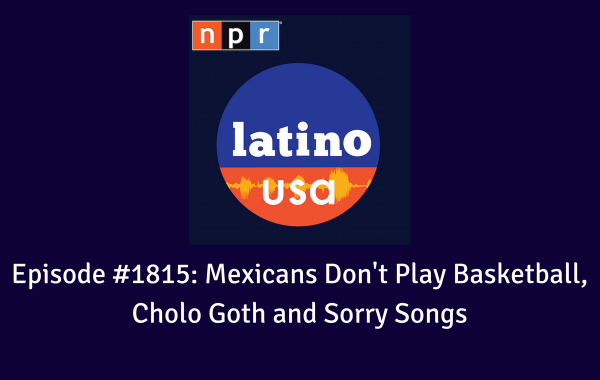 In 1939, a Mexican-American San Antonio high school basketball team shocked the nation. At the time, basketball was a white man’s game, and no one expected an all-Mexican-American team to not only play basketball, but play it well. Yet at the moment of their greatest triumph, things suddenly took a turn for this worse. Plus, a conversation with Leafar Seyer from the “cholo goth” band Prayers. And producer Antonia Cereijido explains a theory about Latin pop music, romance and apologizing.