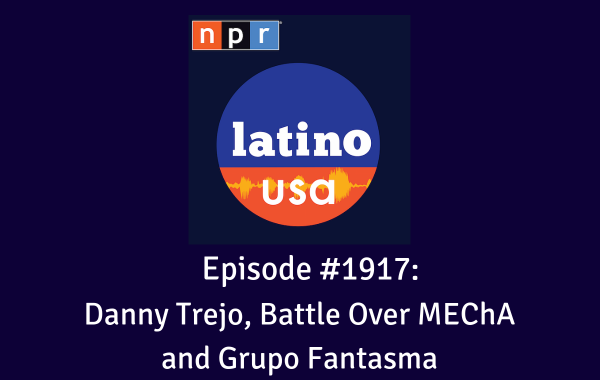 Latino USA host Maria Hinojosa sits down with actor and entrepreneur Danny Trejo. Trejo has starred in over 300 films and now runs Trejo’s Tacos, Trejo’s Cantina, and Trejo’s Donuts in Los Angeles. He shares how he went from regular stints in prison to being one of Hollywood’s most recognizable faces.

Also, Latino USA breaks down the controversy behind MECha’s recent decision to change its name, and a new edition of “How I Made It” featuring Grupo Fantasma.