Episode #1920: Femicide, Sister Norma and the Silence of Others 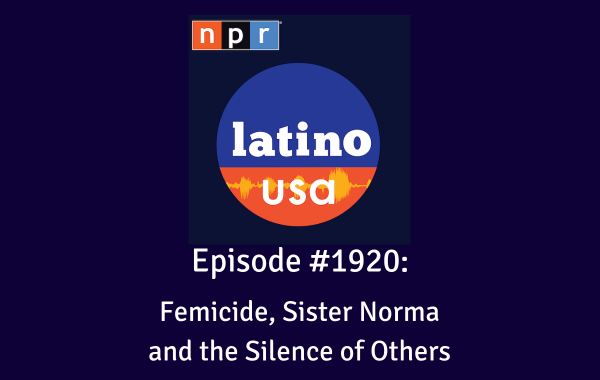 On May 3, 2017, a young woman was found dead on the campus of a prestigious university in Mexico City. Soon after the Mexico City Attorney General’s office sent out a series of tweets —that would be picked up by the Mexican media— that characterized the 22-year-old as a dropout and alcoholic. The response online was immediate: many women saw these tweets and media reports as an attempt to discredit the woman as a victim and in response, thousands of women started to tweet with the hashtag #SiMeMatan or “if they kill me.” It was short for: “If they kill me, what will they say to blame me for my own death?” Latin America has some of the highest rates of femicide in the world—and Latino USA dives into a case that demonstrates the deep challenges that remain for women in Mexico.

Also, a conversation with Sister Norma Pimentel, known for being one of the nation’s strongest champions for immigrants. In this episode, Latino USA also speaks with the directors of the documentary film, “The Silence of Others,” which reveals the epic struggle of victims of Spain’s 40-year dictatorship under General Franco.

Share Episode #1920: Femicide, Sister Norma and the Silence of Others