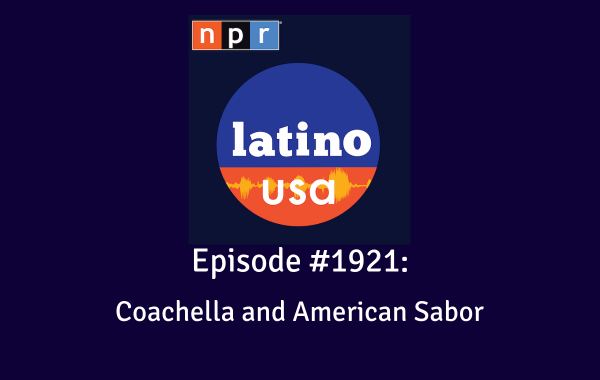 Early this year, the Coachella Valley Music and Arts Festival announced their 2019 lineup, boasting over 10 Latino acts—including Bad Bunny, J Balvin and Los Tucanes de Tijuana performing on the festival’s main stage. Coachella is one of the largest music festivals in the U.S. and one of the highest-grossing annual festivals. Historically, the festival’s headliners have skewed white and in English, but that seems to be changing. Latino USA goes to the most Latino Coachella ever and speaks to artists from Chilean pop singer Mon Laferte to local acts like cumbia band Ocho Ojos to find out what this year’s lineup tells us about the future of Latin music in the U.S.

Also, we dive into the history uncovered in a new book titled American Sabor: Latinos and Latinas in U.S. Popular Music.