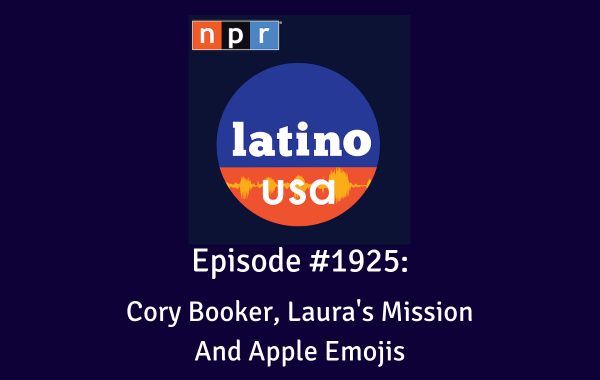 Latino USA continues its coverage of the field of candidates for the 2020 Democratic nomination with a conversation with Senator Cory Booker. Booker has come a long way since 1995 when, while attending law school at Yale, he moved to Newark to help the community, later moving to a housing project where he lived for a number of years before it was demolished. He became mayor of the New Jersey city in 2006, then went on to become a U.S. senator. Latino USA‘s Maria Hinojosa sits down with Cory Booker for a candid conversation on immigration policy and his response to critics—and, he even shares his feelings for his girlfriend, actress Rosario Dawson.

Also, Latino USA documents Laura Molinar as she grapples with providing a specific need to migrant women—access to emergency contraception, and the story of an intern who helped create the first set of Apple emojis.