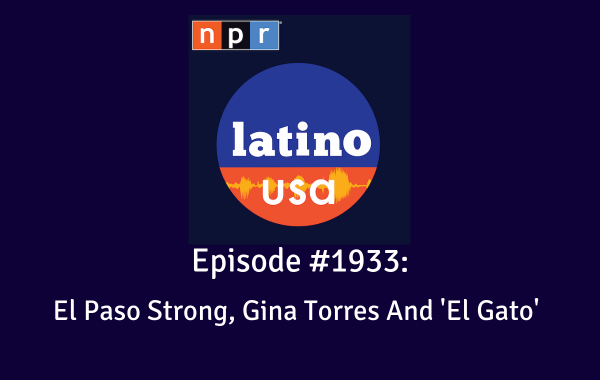 On Saturday August 3, a shooter opened fire at a Walmart in the border city of El Paso, TX. The death count for the shooting would reach at least 22, with nearly 27 more injured. In this episode, Latino USA host Maria Hinojosa, senior editor Fernanda Camarena —who was raised in Juarez— and producer Maggie Freleng travel to El Paso and the bordering town of Juarez to speak with local business people about the culture of the city and to understand what day-to-day life in the area looks like. The team also speaks with community members impacted by the tragic shooting.

Also, a new segment of “Portrait Of” featuring actress Gina Torres, and a new “How I Made It” segment featuring “El Gato” of the Harlem Globetrotters.