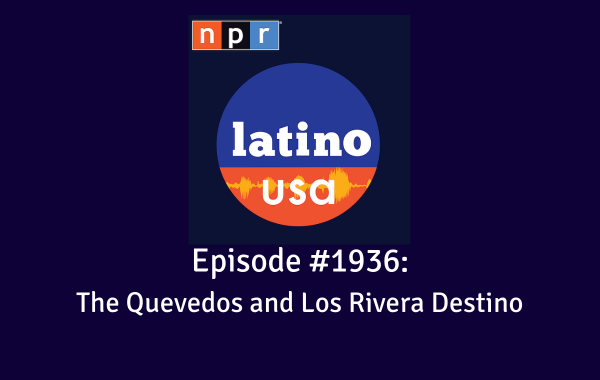 Sayre Quevedo grew up knowing just two members of his blood family, his mom and his brother. His father left before he was born and his mother lost touch with her family after leaving home as a teenager. For a long time, Sayre’s family history was shrouded in mystery. Until one Mother’s Day, when everything changes, and he finds himself on a journey to untangle the story of his long-lost family and the secrets that have haunted them. This story originally aired in August 2018.

Also, a new “How I Made It” segment featuring Los Rivera Destino.