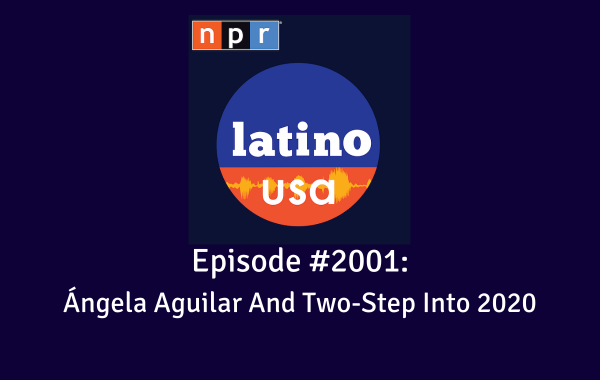 If there is a ranchera royal family, that is the Aguilar family. And Ángela Aguilar is the youngest heir. Her father, Pepe Aguilar, has sold over 12 million albums worldwide and has a star on the Hollywood Walk of Fame. And her grandfather, Antonio Aguilar, recorded more than 150 albums which sold more than 25 million copies. Now it’s Ángela’s time. Last year, she was nominated for a Grammy for best regional Mexican album with her album “Primero Soy Mexicana”. In this episode from the vault, Ángela talks to Maria Hinojosa about singing on stage for the first time at the age of 3, and how she uses social media.

Also, Happy 2020! If you’re a long-time listener, you might know by now, that we have a tradition of doing a special show around New Year’s Day—full of our favorite “How I Made It” music segments of the year. This time around, we’re featuring artists from electronic dance music to boleros.