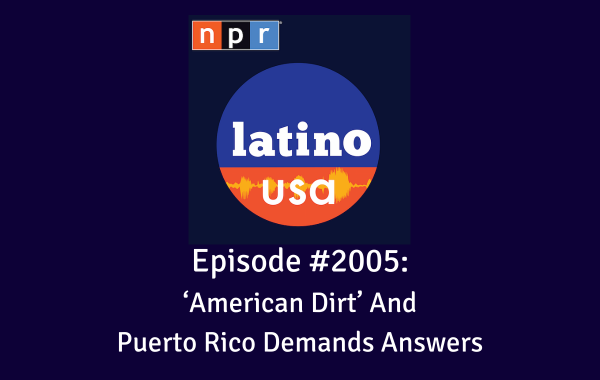 The novel American Dirt by Jeanine Cummins was released this January with much anticipation. Oprah selected it to be part of her book club, writer Don Winslow called it, “a Grapes of Wrath for our times” and celebrated Latina author Sandra Cisneros called it “the great novel of las Americas.” But its release was met with a large backlash. Many Latinx writers felt the book furthered a stereotypical view of migrants from Mexico and Central America. For this episode, Maria Hinojosa engages in dialogue with voices central to the controversy: Myriam Gurba, Sandra Cisneros, Luis Alberto Urrea and Jeanine Cummins.

Also, recently, a local blogger broadcast his discovery of a warehouse full of aid supplies in Ponce, Puerto Rico, through Facebook Live—reportedly from disaster relief after Hurricane María in 2017. The public outrage was immediate.