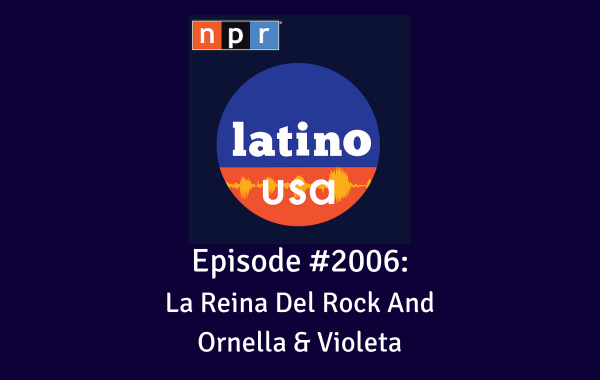 Known by many as “La Reina del Rock,” the queen of Latin American rock, Alejandra Guzmán has built a legacy for herself through her soulful performances and scandalous lyrics. Her famous Mexican parents, rocker Enrique Guzmán and actress Silvia Pinal, introduced her to the industry, but it’s Alejandra’s fierce stage presence and ambition that have sold over 12 million records over three decades. In this episode, Alejandra talks to Maria Hinojosa about her rebellious roots and what the rock ‘n’ roll lifestyle looks like with hip replacements.

Also, a mother and daughter sit down to talk about how seven months of ICE family separation, over a decade ago, can leave a life-long mark.