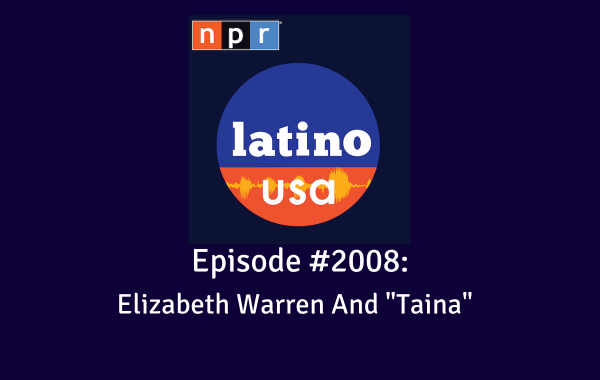 Latino USA continues its coverage of the Democratic field for the presidential nomination. This time, we sit down with the senator from Massachusetts, Elizabeth Warren. Senator Warren is a relative newcomer to politics—she was first elected in 2012. Now, a year after she declared her run for the presidency, primaries have started. Senator Warren has not had a strong start, but she plans to continue to fight for the nomination. Maria Hinojosa speaks with her about her views on immigration, Puerto Rico, and her campaign.

Also, an interview with the creator of “Taina,” creator Maria Perez-Brown, about jumping into the world of children’s television after being a tax lawyer, and the surprisingly long legacy of the show.