Episode #2011: The Latino Vote And Asylum Seekers In Santa Fe 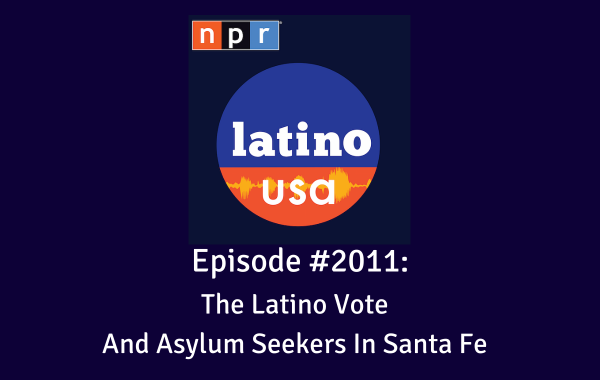 The Latino electorate has long been considered a sleeping giant in U.S. politics, but in the 2020 election, that giant is waking up. About 32 million Latinas and Latinos will be eligible to vote this year, the second largest voting bloc in the country. On this episode, Latino USA speaks with Sonja Diaz, Founding Executive Director of the UCLA Latino Policy Initiative, and Julio Ricardo Varela, co-host of the In The Thick podcast, about what we’ve learned about the Latino vote from the Democratic primaries so far. We talk about Senator Bernie Sanders’ campaign strategy in Latino communities, Former Vice President Joe Biden’s challenges reaching these voters, and what it all means as his campaign takes the lead in the race for his party’s nomination.

Also, Mother Jones reporter Fernanda Echavarri takes us on a ride-along with social worker Raisi Yañez to get a portrait of asylum seekers who are navigating how to start a life from scratch.