Episode #1825: The Remarkable Rebirth of Medellín and The Man Behind the ‘Gooooooooool!’ 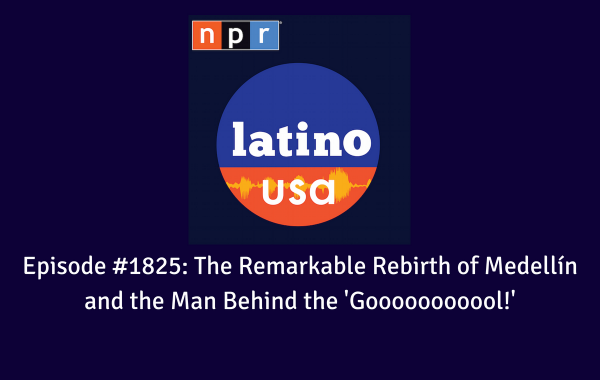 Latino USA host Maria Hinojosa reported in Medellín at the height of the cartel war. After 30 years, she returns to the city, joined by radio reporter Luis Gallo. Together, they tour Medellín, talking to local artists, academics, urban planners and politicians to understand how it went from chaos to the innovative, model city of today.

Also a new segment of “How I Made It” with Telemundo’s Andrés Cantor, the man behind the “gooooooooool!”

Share Episode #1825: The Remarkable Rebirth of Medellín and The Man Behind the ‘Gooooooooool!’