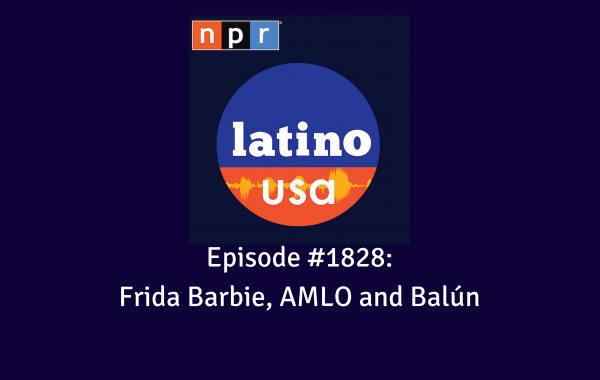 This past International Women’s Day (March 8), Mattel announced its new “Inspiring Women Series,” which featured Barbie dolls made in the image of accomplished women like director Ava DuVernay and pilot Amelia Earheart. But the doll that was featured most prominently on Mattel’s promotional images and whose face looms largest on the home page for the new series is a doll inspired by the late Mexican painter Frida Kahlo.

To understand why this doll caused such intense reactions, Latino USA producer Antonia Cereijido spoke to Barbie and Kahlo scholars and found that while the two icons may seem antithetical, they also share many parallels—the main one being that both have played a big role in how we view what it means to be a modern woman.

Also, a conversation with a Mexican political analyst about Mexico’s new president and an installment of “How I Made It,” featuring New York City-based Puerto Rican indie band Balún about their style of music which they call “dreambow.”