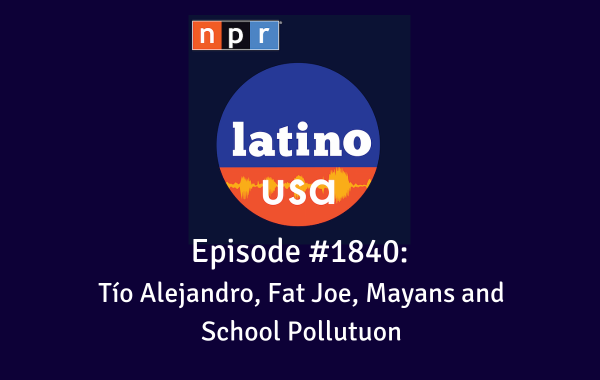 Growing up, Jesse Alejandro Cottrell never knew exactly how his uncle, Alejandro Mendoza, died, but he did know that the Guatemalan government murdered Alejandro. But a couple years ago on a visit to Guatemala, Jesse heard another story of how his uncle died that challenged what he knew about his family, his uncle, and his own name.

Also, we speak with Joseph Antonio Cartagena, known as Fat Joe, who is a rapper and actor of Puerto Rican and Cuban descent. In this edition of “Portrait Of,” Cartagena discusses his 25-year career in music and his latest acting role in Night School.

Plus, an interview with JD Pardo, the lead actor in the new FX series “Mayans MC,” and a nationwide study looks at the neurological effects of pollution on children in schools across the United States.