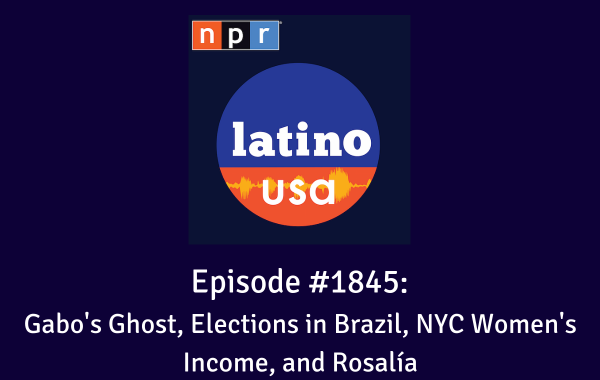 Lucía Benavides is an Argentine-American journalist who moved from Texas to Barcelona to pursue a career as a foreign correspondent and freelance journalist. A year into her new life, she wasn’t getting any stories commissioned and she was also dealing with a breakup. Lucía was sulking around her apartment when she got a text from a friend telling her that she lived in the very apartment Colombian writer Gabriel García Márquez had lived in when he first moved to Barcelona 50 years earlier. That’s when spooky things started happening.

Also, the elections in Brazil where a far-right populist won, revealing data about the income of Latinas in New York, and an interview with Spanish flamenco singer and five-time Latin Grammy Nominee, Rosalía.