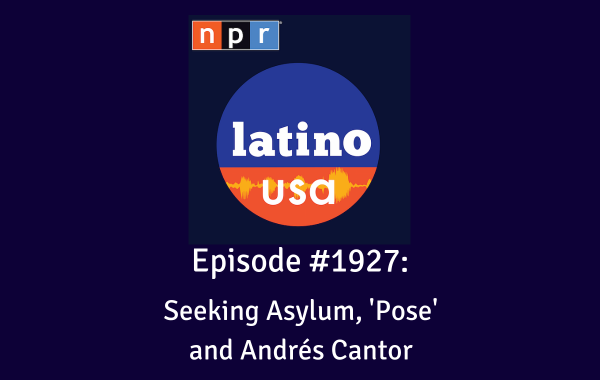 Mauricio Pérez and his boyfriend Jorge Alberto Alfaro González met on Facebook in El Salvador during the summer of 2015. After Mauricio’s sister was killed by members of a gang and Jorge’s young cousins were killed by a rival group, both of them became targets of repeated attacks and death threats. So by January of 2016, Jorge and Mauricio decided to flee the country. They both applied for asylum in Mexico. But only Jorge’s application was approved, forcing them to navigate Mexico’s complex asylum system.

Also, an interview with the cast of FX’s “Pose” and an edition of “How I Made It” feature sportscaster Andrés Cantor.