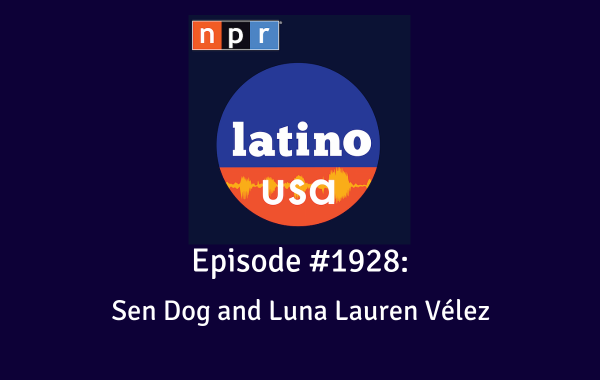 Senen Reyes, also known as Sen Dog, is one of the founding members of the pioneering rap group Cypress Hill. Their music differs from other West Coast hip-hop from the 80s and 90s—Cypress Hill was less concerned with gang life and focused more on marijuana activism. But Cypress Hill’s legacy extends much further than making weed mainstream—they were the first all-Latino hip-hop group to have platinum and multi-platinum albums. Sen Dog joins us to talk about the legacy of his group Cypress Hill, and what his career looks like today.

Also, Luna Lauren Vélez joins Maria Hinojosa for an intimate conversation about her childhood and her recent role in the animated film “Spiderman: Into the Spider-verse.”