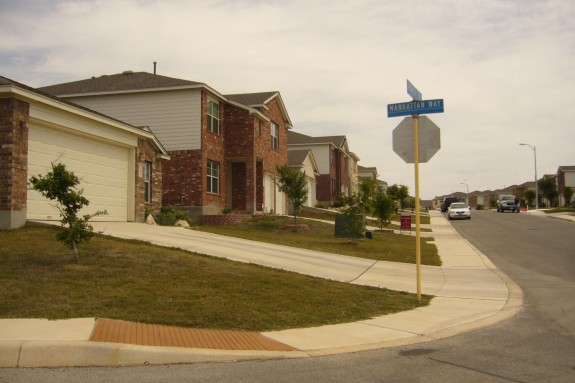 While the economy has waned in the U.S., the problem of drug violence in Mexico has only gotten worse. On the streets of some Mexican cities, gangs fight each other as well as police and the military for control of the lucrative drug routes. And it’s getting so that it’s hard to tell the good guys from the bad, as the spillover affects the population. Those who can, get out. Sometimes they travel to safer locations in Mexico. Sometime, they simply come here.

It’s been reported that one out of every 10 people born in Mexico today now lives in the United States. When most people see this statistic, they often think illegal Mexican immigration of poor workers. But legal Mexican immigration, particularly from that of business elites, is helping a thriving housing market in places like San Antonio, Texas. Ruxandra Guidi has the story.