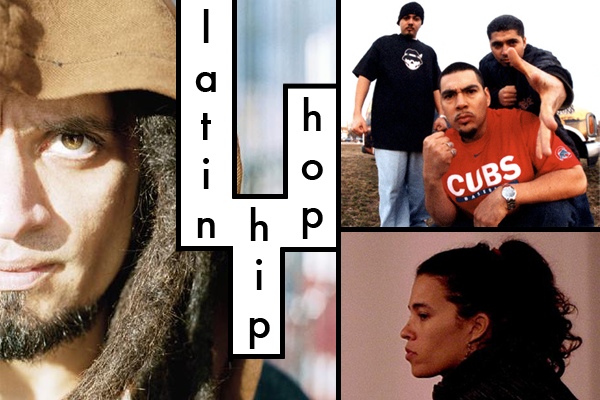 This week, three Latin Hop Hop acts. All very different, but all influenced by the places they came from and the places they’ve traveled and moved to. First, Kinto Sol. Kinto Sol is a hip hop act comprised of three brothers originally from Mexico, now based in Milwaukee. They combine traditional Mexican music with the sounds of hip hop and Spanish rapping to produce something entirely unique. Santero was raised in Central America and spent much of his childhood traveling and performing with his father’s bands. His upbringing makes it easy for Santero to blend a variety of Latin musical styles, and the traveling he’s done throughout America has allowed him to incorporate genres popular in his adopted country. Santero’s an artist, a DJ, and a producer. He lives in Oakland, Calif. Finally, Telmary. Telmary, born Telmary Diaz, is a Cuban rapper and self-proclaimed “street poet.” Her music forges new ground, while still remaining deeply imbued with Cuba’s rich musical heritage and variety. Telmary has rebelled against the male-dominated hip hop scene in Cuba, and her uncommon music has earned her respect.