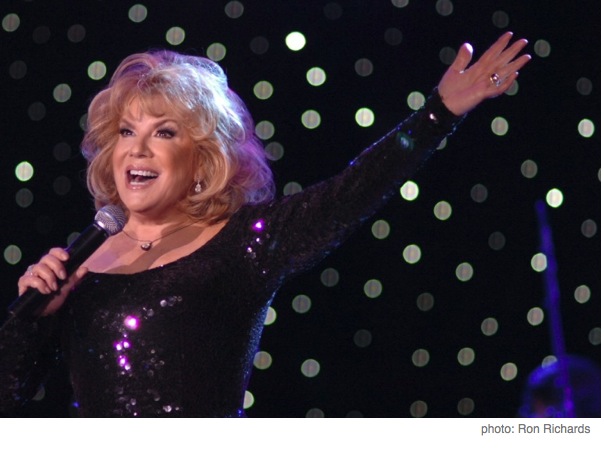 Born Florencia Bisenta de Casillas Martinez Cardona in El Paso, Texas, Vikki Carr not only changed her name but also became one of the first true crossover singers, who released albums in both English and Spanish.

She is celebrating 50 years in the business in which she has won three Grammy’s, sung for five Presidents and the Queen of England, released over 60 best-selling songs, and worked in every major sphere of the entertainment industry.

In this candid interview with Maria Hinojosa, Carr takes us through every turn of her career — from her first gig and changing her name, to what it is like to hang out with Dean Martin and Frank Sinatra.