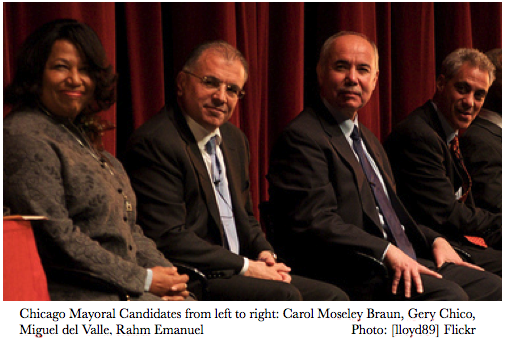 On February 22nd, the city of Chicago will elect a new mayor…and for the first time in the city’s history, two Latino contenders are on the ballot for the top job, but they running against tough competition with Rahm Emmanuel, president Obama’s former chief of staff, leading in the polls. Some argue they’re in danger of splitting the Latino vote, but the candidates say they want to represent entire city. From Chicago, Yolanda Perdomo has our story.