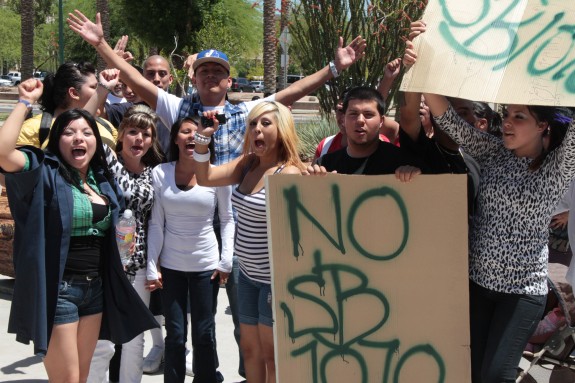 This week marks one year since the controversial SB 1070 immigration bill was signed in Arizona. Although a federal judge issued an injunction against parts of the law and SB 1070 never took full effect, it had a variety of consequences. It started a wave of copycat legislation throughout the country and prompted many states to take on immigration reform on the local level. Back in Arizona, the bill had yet another effect – it prompted many immigrants, both undocumented and with papers, to become involved in the political process. Reporter Valeria Fernandez of Feet in Two Worlds, a project that brings the work of immigrant journalists to public radio, has the story.