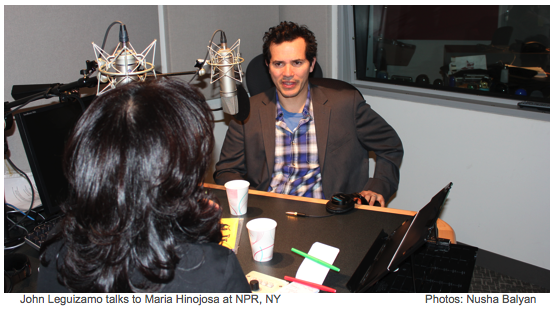 John Leguizamo is one of the most recognizable Latino Actors in American movies. But making it big in Hollywood didn’t come easily, especially for an immigrant kid from Queens. He says he always felt like an outsider but he was determined to make his mark and found humor was a strong unifying force that helped him bridge cultures.

To break out of the stereotypical roles he was often offered as a Latino, over the years he created a series of one-man shows on and off-Broadway — shows that have won him Emmy and Obie awards. In his latest one-man show Ghetto Klown, Leguizamo candidly reveals his rocky career path, and the personal toll it has taken.

Told with a lot of humor and great energy, Leguizamo bears his soul on stage and takes the audience on the very personal and revealing journey of his life and career. Maria Hinojosa sat down with Leguizamo to talk about his play, his life and the risks he’s taken revealing the contours of his life, live, on stage.