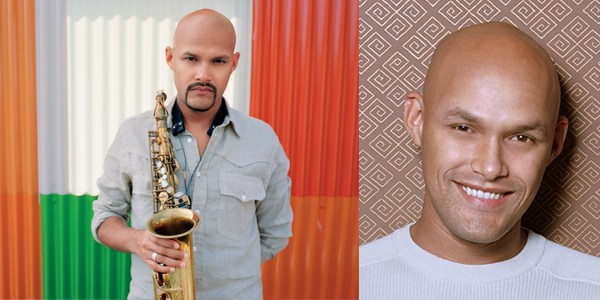 2010 Grammy Nominee for Best Latin Jazz Album and Best Improvised Solo, alto saxophonist Miguel Zenon was born and raised in San Juan. He got his Masters from the Manhattan School of Music and is a dual MacArthur Genius and Guggenheim Grant recipient. His style is heavily influenced by the sounds of his native Puerto Rico and it’s captured in his latest release called Esta Plena, which celebrates el periodico cantado, the “sung newspaper” of Puerto Rico, accompanied by the hand-drum called panderos. Maria Hinojosa sat down with Zenon to talk about Plena, a typical music style in Puerto Rico and how he melds it with jazz in new ways.