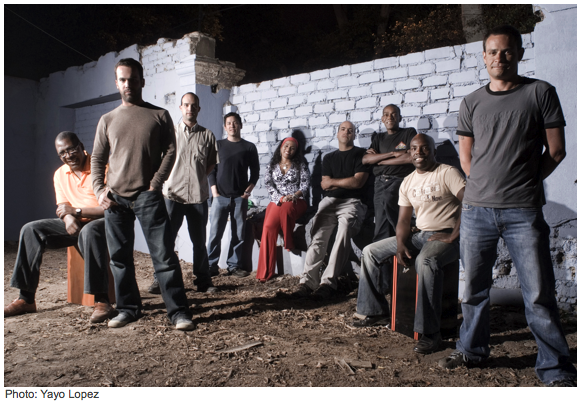 The nine-piece alternative Afro-Peruvian ensemble Novalima was one of the big attractions at the 12th annual LAMC. Blending soul, reggae, and house with traditional Afro-Peruvian music, they simply make you want to move. Founded in 2001, with its members scattered on three continents, the band gathered in the only place they call home—Peru. Soon after, they were bridging cultures not only in their native country, but around the world. Their latest album “Coba Coba” received a Latin Grammy Nomination for best Alternative album. Maria Hinojosa sat down with two of the founding members – Ramon Perez Prieto and Rael Morales.