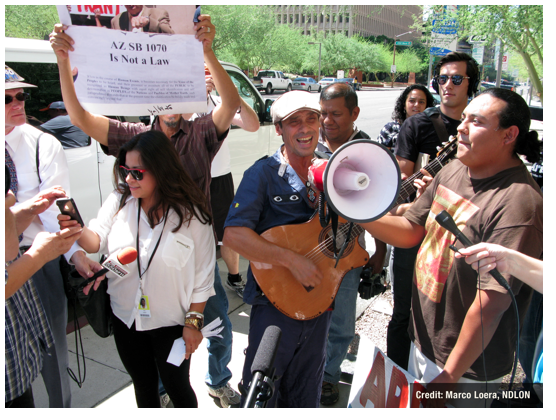 It’s rare to find a popular musician these days who embraces a controversial political message, but that’s precisely what Manu Chao has done in his career. Originally from France, but his music transcends borders. Manu Chao’s songs speak of poverty and world politics, often in multiple languages – and his stardom has brought attention to many issues around the world. Most recently, the singer was in Arizona, standing in solidarity with protesters against the infamous Maricopa County Sheriff, Joe Arpaio. Maria Hinojosa speaks with filmmaker Alex Rivera who was in Arizona with Manu Chao, documenting the protest and impromptu concert.