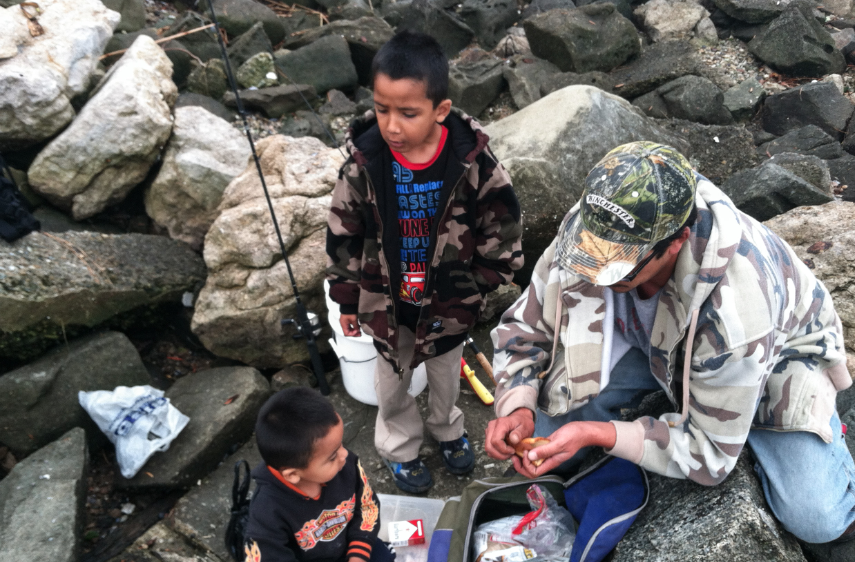 For Michael McDaniel, fishing runs in the family. He grew up fishing with his grandfather and now he takes his sons to the same spot where he would swing bait when he was little. Reporter Lauren Whaley takes us out on a fishing trip with Michael’s family.

Check out other Californian families that also bond through fishing below:

Lauren M. Whaley is a multimedia journalist based in Los Angeles. She produces audio, photography, video and written stories on topics ranging from childbirth trends to healthcare for low-income seniors. Her work has appeared in the New York Times, Los Angeles Times and Outside Magazine as well as on KQED Public Radio and Southern California Public Radio. She serves on the board of the Journalism & Women Symposium (JAWS) and lives with her husband Jake de Grazia, also a radio journalist and photographer. Blair Wells is a Los Angeles-based photographer whose journey with camera-in-hand began in 2002, using throw-away Kodaks to visually articulate his experience living in Central L.A. His love of documentary photography has led him to capture the face and heart of social issues, including projects featuring post-Katrina New Orleans day-workers, the everyday moments of a Santa Barbara homeless family and health issues of kids living near the Port of Los Angeles. Blair has also organized participatory photography projects involving the deaf community, as well as teenagers with autism. His projects have given participants an opportunity to express themselves in new and profound ways. Through it all, the human condition — the struggles and successes of everyday people — remains the single most compelling subject of his work.