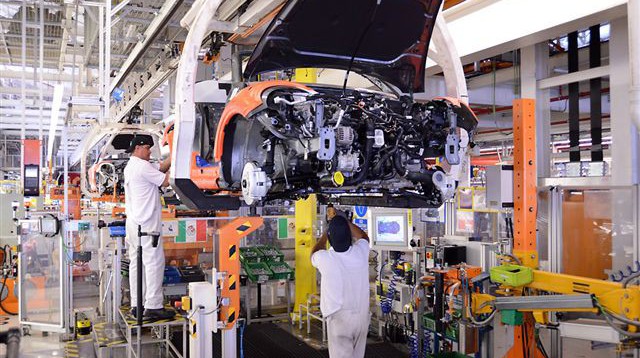 There are many reasons why immigration from Mexico to the U.S. has come to a virtual standstill. A slow U.S. economy, an increase in border security, and the passage of “show me your papers” laws in many states. But another reason that might not be so obvious is that right now, Mexico’s economy is booming.

Last year, it grew by 4 percent, four times the rate of Brazil’s economy. Reporter Marlon Bishop explains that a lot of the growth is due to high-tech manufacturing.

Marlon Bishop is a radio producer, writer, and reporter based in New York. His work is focused on music, Latin America, New York City and the arts. He is a frequent contributor to WNYC, Studio 360, The World, Latino USA and MTV Iggy. He is an Associate Producer for Afropop Worldwide.