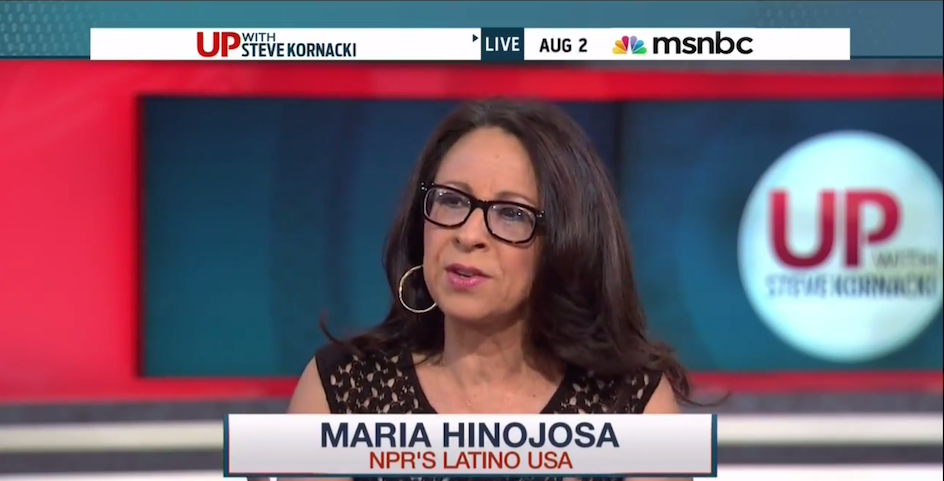 This morning on Up with Steve Kornacki, Maria Hinojosa discussed the 2016 presidential race with the panel. Besides saying that the next election could be a defining moment for U.S. Latino voters (“The Latino vote can be energized”), Maria discussed Jeb Bush’s candidacy as well as pointing out an issue few are discussing in the political media: Hillary Clinton’s current strategy with the U.S. Latino electorate and whether the current Democratic front-runner has had a “watershed moment” with a group estimated to be about 8% of the nation’s voters. Here is the full clip (about seven minutes long):

What do you think of what Maria had to say? Tweet me @julito77 with your thoughts.