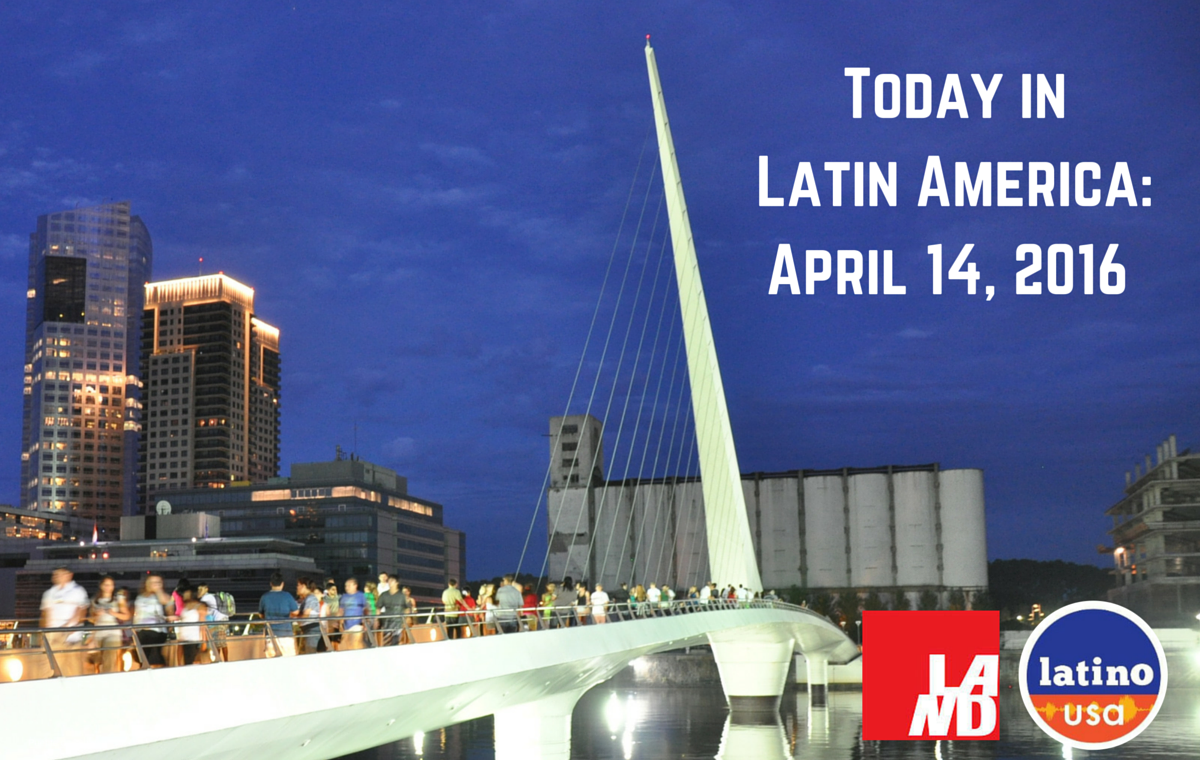 Top Story — The United States Court of Appeals has cleared Argentina to begin raising money to pay off its debts to holdout international creditors, ending a 15-year saga over repayment and paving the way for the country to begin making its first payments as early as next Friday.

Argentina defaulted on $100 billion of bonds back in 2001, and has since managed to reach settlements with 93 percent of its creditors. The remaining lenders, however, consist of a group of New York hedge funds —dubbed “vulture funds” by former President Cristina Fernández— who which have refused to participate in two rounds of debt restructuring with Argentina, instead holding out to be paid in full.

The decision to repay the country’s debt to the holdout lenders was a central campaign platform of recently elected President Mauricio Macri, and now brings Argentina closer to being able to re-enter international credit markets.

Argentina will now begin on Monday and Tuesday the process of selling bonds to raise more than $12 billion, and should be able to make payments on Friday, according to Economy Minister Alfonso Prat-Gay.

“This is going to be settled next week,” Prat-Gay said, according to The New York Times.

Wednesday’s ruling by the U.S. Court of Appeals lifts an injunction that had previously prevented Argentina from widely borrowing money to pay creditors. The injunction was successfully opposed by the holdout hedge funds, but was supported by another group of hundreds of creditors who say lifting the injunction means that Argentina now has less incentive to pay them back at the higher rates that the powerful hedge funds were able to receive.

Michael Spencer, a lawyer for some of the bondholders, told The Wall Street Journal, “Same bonds. Same injunction. And we are left out in the cold.”

Mexico’s government announced it will provide $4 billion in aid for state-run oil company Pemex, which has been struggling amid falling oil prices, in exchange for the company’s commitment to reduce its liabilities and debt by an equivalent amount.

Mexican President Enrique Peña Nieto will not be attending a three-day special session on drug policy at the United Nations’ National Assembly next week, a move that points to Peña Nieto’s reluctance to address a key issue head on, according to Vice News.

Meanwhile, a new poll by Mexican newspaper Reforma puts Peña Nieto’s approval rating at 30 percent, a 9 percent drop since the newspaper’s last poll in December and the lowest level for any of the country’s last four presidents.

U.S. Democratic presidential candidate Hillary Clinton unveiled Wednesday her plan to create an Office of Immigration Affairs to address needs of immigrants and refugees if she becomes president, an announcement that came as she received an endorsement from an immigrant rights group while campaigning in New York. Clinton has also come under fire for her past involvement in Latin America, particularly in Honduras and Haiti for supporting policies that some say have contributed to current violence and political unrest in the countries.

CNN reports on the shortage of doctors and other much-needed professionals in debt-stricken Puerto Rico as more of the population flees the island amidst the financial crisis.

Meanwhile, efforts to help Puerto Rico climb out of its debt crisis hit another roadblock on Wednesday, when a U.S. congressional panel decided to postpone a session meant for working on the island’s debt bill.

Cuba’s government announced it is planning to open a state-controlled wholesale market for the benefit of a limited number of private business owners in response to growing complaints about the rising price of food and household goods among Cuban citizens.

In a televised announcement, Panama’s President Juan Carlos Varela urged France to reconsider its “mistaken and unnecessary decision” to put Panama on a blacklist of tax havens in the wake of the Pamana papers leak, threatening diplomatic measures if France does not change its decision. Within hours of the condemnation, prosecutors concluded their raid on Mossack Fonseca offices in Panama City, after 27 hours of searching for further details on the offshore accounts revealed in the historic leak and seizing more than 100 hard drives.

Some 1,000 Cuban migrants stormed across the Panama border into Costa Rica Wednesday morning, demanding that authorities allow them to continue their journey to the United States. The disturbance prompted the Costa Rican government to convene an emergency meeting and issue a statement reaffirming that Costa Rica will no longer grant temporary visas to Cubans without permission to enter the country.

Leaders of an Ecuador-based group that represents indigenous people in the Amazon Basin urged Brazil’s National Development Bank to stop backing projects that cause environmental damage.

Impeachment proceedings against Brazil’s President Dilma Rousseff gained further momentum Wednesday when three mid-size, centrist political parties abandoned her governing coalition. In the wake of mounting defections, Rousseff announced Wednesday she would form a government of national unity if she survived Sunday’s congressional impeachment vote, though experts maintain that the odds are not in her favor.

Former Argentine President Cristina Fernández refused to testify at a court hearing on fraud allegations on Wednesday, instead speaking for hours outside of the court to a crowd of supporters about the unfair accusations leveled against her.

A court in Argentina ordered authorities in Buenos Aires on Wednesday to work towards suspending Uber’s operation in the capital city, just one day after the popular ride service app launched without authorization from the mayor’s office.