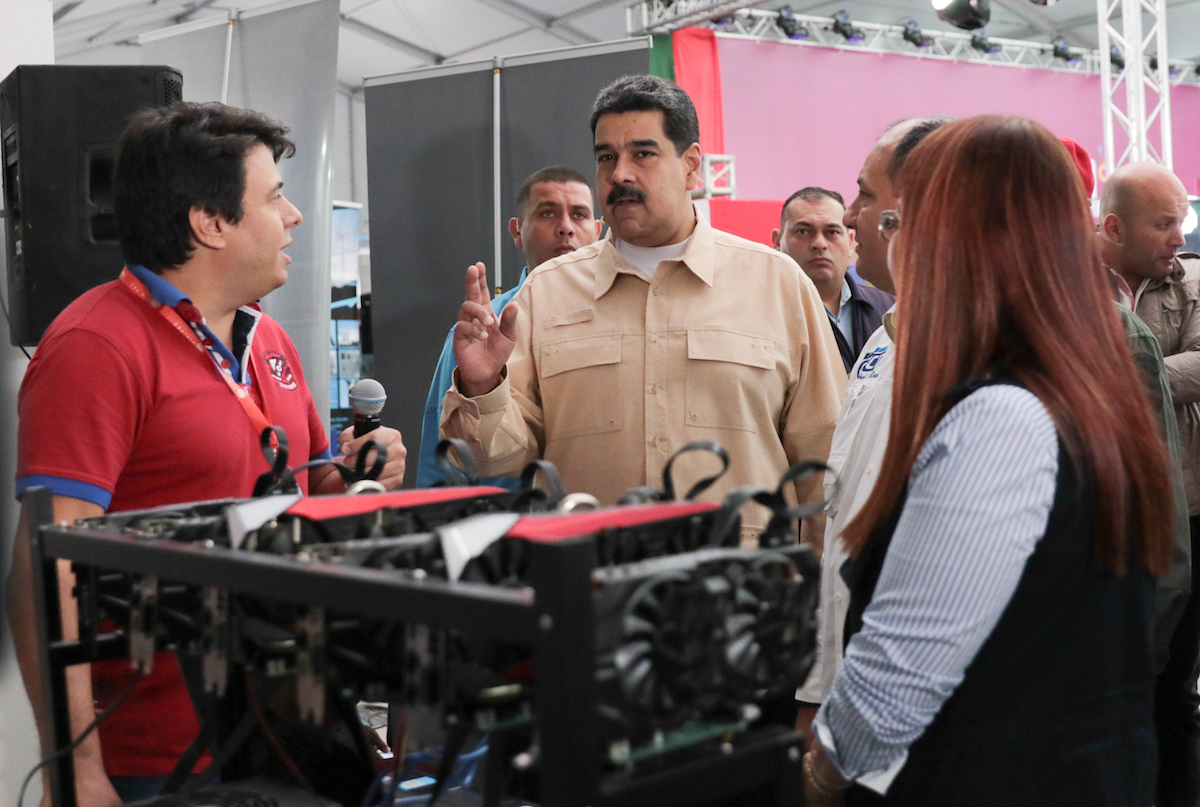 Venezuela’s ruling Socialist Party swept the country’s December 10 municipal elections, winning 300 of 339 races for mayor, including in 39 of the country’s 40 biggest cities.

The regime’s big win comes two weeks after an announcement that Nicolás Maduro, president of the crisis-stricken nation, would himself seek re-election in 2018.

Just a few months ago, it would have seemed unlikely for Maduro’s regime to use elections to hold onto power. After three years in office, Venezuela is in full political and economic meltdown, with hyperinflation expected to top 2,300 percent this year.

Facing a 20 percent approval rating, in October the government unilaterally canceled a presidential recall referendum called by the opposition. It also put off gubernatorial elections, originally scheduled for December 2016, for nine months.

But when that vote was finally held, on October 15, Maduro’s Socialists won it handily. In an election widely denounced as fraudulent, a stunning three-quarters of states in Venezuela elected governors from the ruling party.

Based on post-election analysis from the Political Studies Center at Andrés Bello Catholic University, where I am director, I predicted Maduro would again make use of voter frustration and confusion to crush the opposition at the ballot box in December’s mayoral elections.

That assessment turned out to be correct. Now, I expect Maduro to call for a snap presidential election in the first half of 2018.

Winning by Not Losing

To win another term, Maduro will need to cater to his own dwindling base. But how does a president with record low approval ratings even have supporters to motivate? The answer is patronage.

In September 2017, Maduro government introduced a new identity document called the Carnet de la Patria, which promised card-holders benefits like food and medicine in exchange for loyalty to the regime. In a time of great scarcity, the offer of basic necessities was compelling.

Today, more than 12 million government employees and Venezuelan citizens —or about half the population— have the Carnet. Their gratitude helped Maduro’s Socialists attract over half a million more votes in October’s gubernatorial election than it had in the last legislative election, even though nearly 90 percent of Venezuelans say their country’s crisis has worsened in the past year.

Such voter inducements surely helped in the December 10 mayoral elections. And when Maduro runs for president next year, Carnet beneficiaries will likewise give him a substantial leg up.

In other words, Maduro’s back-to-back election wins do not mean that this Socialist government enjoys the same wild support it did under Hugo Chávez.

The vast majority of Venezuelans want a change in government. Maduro also faces internal opposition within the Socialist Party. He may be Chávez’s chosen successor, but not everyone in government supports Maduro just because he’s heir to the legacy of “el Chavismo.”

Still, the ruling party did triumph in the December municipal elections. It did so by reprising the two tactics that had worked for Maduro’s party back in October: suppressing turnout among opposition voters and using pork-barrel incentives to motivate his own base.

In other words, Maduro’s electoral strategy is less about winning democratic legitimacy than about ensuring that his opponents lose it.

That was the case again on December 10, when voter turnout was reported at 47 percent, lower than any other election in the past six years. In some opposition bastions, voters chose to stay away almost entirely; election participation in those places was low as 10 percent.

It’s important to note that these are the official numbers, which have yet to be confirmed by objective outside sources.

In the lead-up to the elections, Maduro did his best to skew voter turnout. He kept some opposition parties engaged in talks with the government, asserting that negotiations in the Dominican Republic were making progress. In fact, as most commentators agree, these mediated talks have long been fruitless.

But insisting on negotiations helps Maduro deepen the divide within this polarized, struggling opposition.

The government had also sought to dampen criticism by releasing a few political prisoners—typically not jailed dissident leaders but citizens who’ve been arrested for protesting. Simultaneously, it was also cracking down ever harder on resistance.

All of this stirred up voter mistrust and confusion, making it less likely voters would take to the polls on December 10.

This is why three of the four main opposition parties decided to boycott the recent municipal elections—a decision that to some extent explains low turnout.

Rather than run mayoral candidates in a fraudulent simulacrum of democracy, they said, they’d rather focus on demanding fairer conditions for the 2018 presidential election and defeating Maduro there. They’ll have their work cut out for them.

This is an updated version of an article originally published on Dec. 6, 2017.