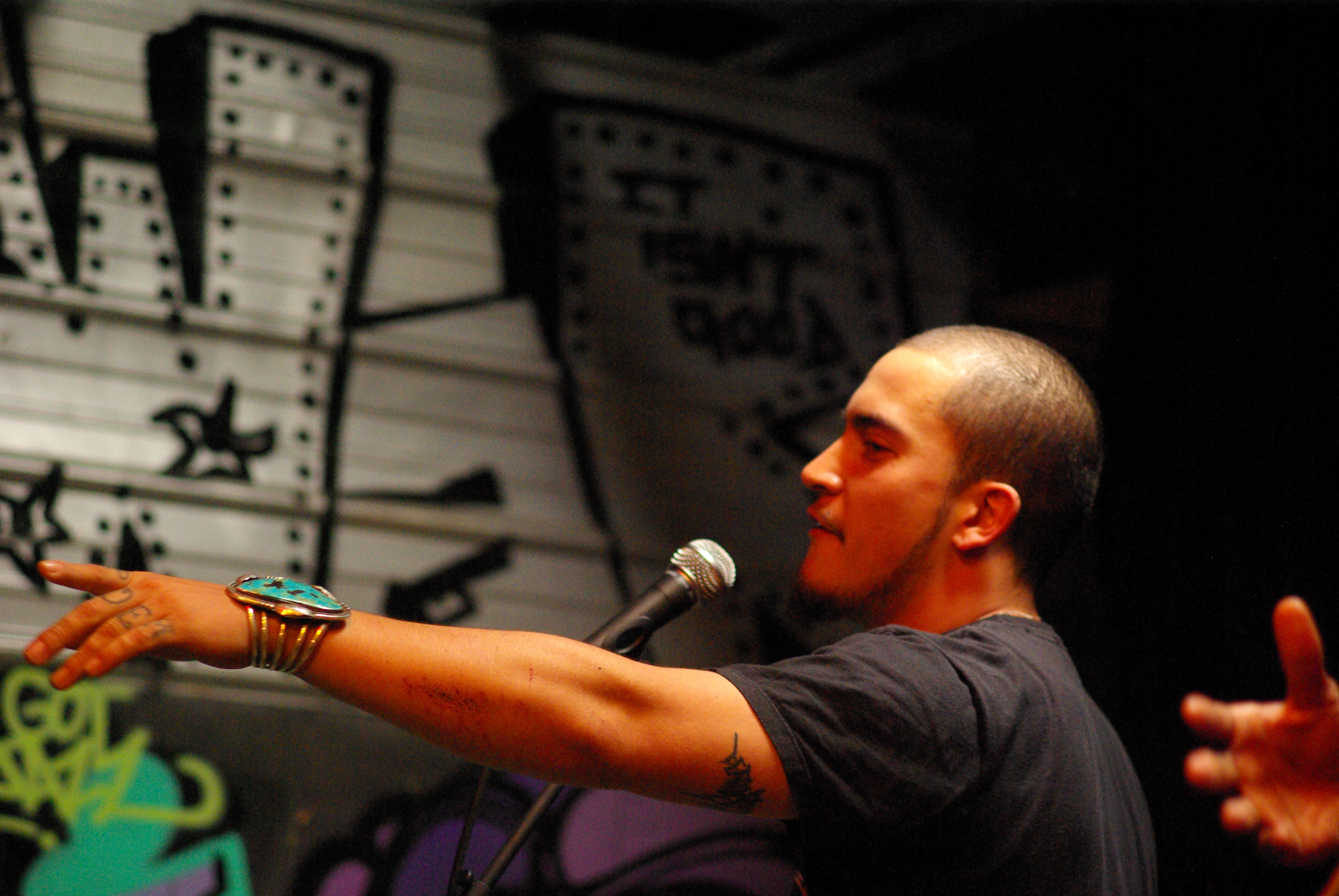 New Mexico poet Carlos Contreras works teaching inmates and writes about addiction and poverty in his community. He reads an excerpt from his poem “Falling Star.”

Carlos Contreras is a twenty-six-year-old poet who competed on the team that brought the National Poetry Slam Championship home to his native Albuquerque. His many other awards include the New Mexico Hispanic Entertainers Award for Poet of the Year in 2007. As a high school student, Carlos was accepted into the Voces program at the National Hispanic Cultural Center, a month-long workshop in poetry composition and performance. The next year he returned as an intern and mentor. Today, with a degree in English and Sociology from the University of New Mexico, he is the lead coordinator of the program. He has published poems in several anthologies, and a book, A Man in Pieces: Poems for My Father. Contreras performs solo and in groups around the state and the nation. Bio and headshot care of El Palacio.

2 thoughts on “A PIECE OF A FALLING STAR”