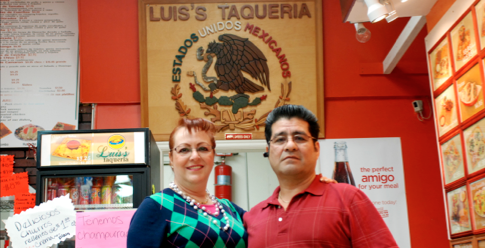 The increase in Latino populations throughout many U.S. communities in the past two decades may be old news. But in states like Oregon, the change is very recent and very dramatic. Producer Dmae Roberts brings us a portrait of a town transformed in the Beaver state. Woodburn is now 60% Latino, the highest proportion in the state.

Image of the Quinteros at their Woodburn “taquería,” courtesy of Dmae Roberts.

Dmae Roberts is a two-time Peabody award-winning radio artist and writer based in Portland, Oregon who has written and produced more than 500 audio art pieces and documentaries for NPR and PRI. She is a USA Rockefeller Fellow and received the Dr. Suzanne Award for Civil Rights and Social Justice from the Asian American Journalists Association for her Peabody-winning eight-hour Crossing East Asian American history series that ran on 230 stations. Her essay “Finding The Poetry” was published in John Biewen’s essay book Reality Radio (UNC Press).

2 thoughts on “Bienvenidos a Woodburn”